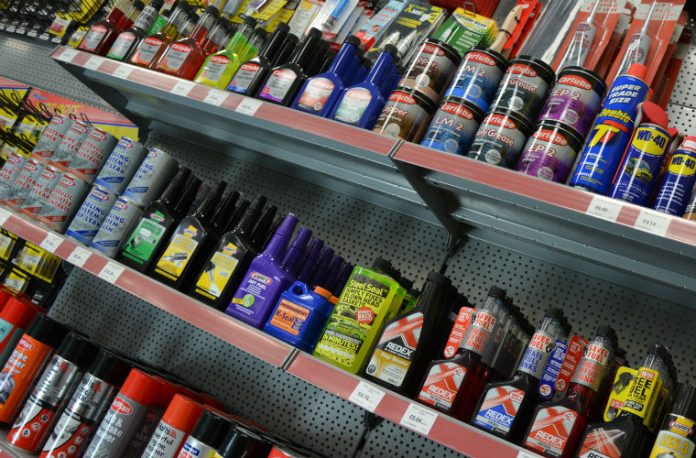 The Parts Alliance continues to invest in team members with opportunity to develop new skills.

National Apprenticeship Week, which was held February 3-9, was celebrated at The Parts Alliance with a look at how the business works with works with apprentices at every level.

The Parts Alliance currently has more than 60 apprentices across network, including those who are starting their careers through to individuals seeking to make the next step by upskilling with a professional qualification.

HR director at The Parts Alliance, Jo Warren said: “Apprenticeships are a valuable way for us to invest in our people, offering them the chance to develop new skills and abilities while applying these to their daily roles.

“Our business is built on the strength of team members whose development we’ve invested in; time and again we find the best candidates for our vacancies to be existing team members who have progressed in their time here.”

The Parts Alliance runs an ‘accelerate’ programme which offers a wide range of management and leadership qualifications that can help to unlock the next step in someone’s career.

He said: “One of the main things I took from doing it was how my approach to leading the team has changed.

“In the past I was a bit of a bull in a china shop, but learning to step back, approach things differently and use my team’s feedback more all made me more effective.”

Alan, who’s based at CES Chester, was also awarded Apprentice of the Month by his learning provider LSP during his studies.

His tutor cited his dedication and determination to his course alongside a particularly busy period at work as some of the reasons for his recognition.

He added: “I put my name forward as I wanted to better myself and I know where I want to go in my career, so I saw how this qualification would help me.”

Getting real-world experience while earning a qualification was a no-brainer for Tom Burgess.

Tom joined the Waterloo Bridlington team as an apprentice sales advisor in January 2019, studying for his customer service level 2 qualification alongside his job.

Tom said: “I wanted an apprenticeship because most people my age were going to university and I thought experience on the job as well as a qualification was a much better option.

“The automotive industry is one that interests me and there are lots of opportunities to progress, so this apprenticeship really appealed to me.

“The amount I’ve learned about cars and car parts in the last year is ridiculous and it’s great because the customer service side of things comes naturally along the way.

“There aren’t many big businesses in Bridlington, so having the chance to work for a big company while staying local was also good for me.”

Tom is now approaching the end of his apprenticeship, which has seen him balancing a monthly workload alongside his day job, and he’s more motivated than ever.

He added: “The next step for me is securing a full-time job here, as I really enjoy working at the branch.

“In fact, it feels like one of the best places I could have done an apprenticeship because I’ve had the chance to help out in every part of the business,” he said.

“To have a job I enjoy and get a qualification at the end of it is great.

“I’d definitely recommend doing an apprenticeship as it feels like a really good chance to build a career.”

While assistant branch manager at GMF Coleford, Peter Barter was eager to develop the skills needed to progress his career, so the opportunity to complete a level 3 team leader apprenticeship arrived at just the right time.

Covering a range of management modules based on operations, leadership, developing relationships, project planning, finance and more, the 18-month qualification helped Peter to develop knowledge and skills in topics he had little experience in.

Peter said: “It gave me a good grounding of overall team leadership and highlighted the importance of what I need to do for the members of my team, not just my customers.

“The apprenticeship itself is complimentary to work in many ways, because a lot of what you do in your job can contribute to your studies.

“It can sometimes be difficult to fit the extra reading in, but everyone at the branch has been really supportive of me and, even though it’s been about nine years since I did any academic learning, I found it easy to get back into.

“My tutor was excellent and the face-time I had with her, as well as the support she offered whenever I needed it, really helped.”

Peter became Branch Manager of GMF Coleford in January this year, but he’s not resting on his laurels.

He said: “I’m now looking forward to putting what I’ve learned to use in the job and it’s also left me motivated to continue learning through another qualification, so I’d definitely recommend an apprenticeship as a worthwhile thing for people to take advantage of.” 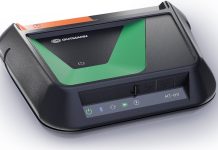 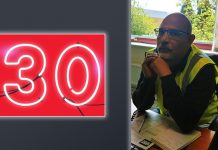 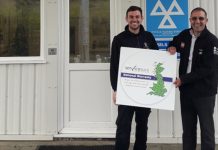