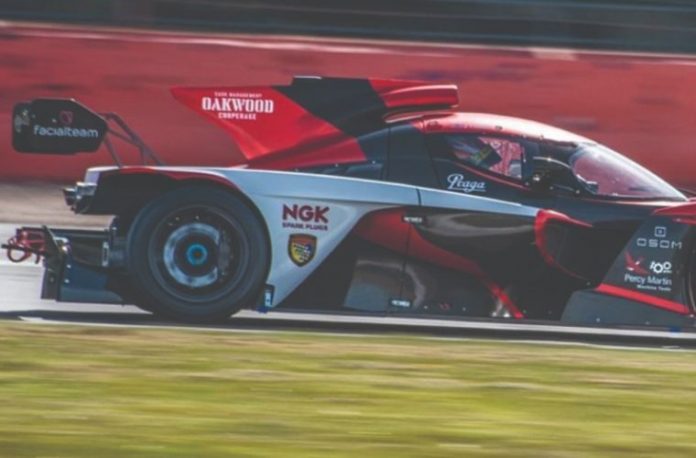 NGK-sponsored racing star Charlie Martin had mixed fortunes at round two of the Britcar Endurance Championship which was held in in torrential weather conditions at Snetterton.

After finishing second in the first race in the Praga category of the championship she was forced to retire after being collected in a pitlane collision in which all escaped injury.

However, with her team partner Jack Fabby, Charlie is in second place in the championship which heads to Oulton Park in three weeks.

She said: “Firstly, I’m really glad everyone is okay after the pitlane incident, it’s never nice to see things like that. Heading out on track in qualifying, I’m not sure I’ve ever experienced weather quite like it.

“With the conditions as they were, we were quite pleased with our efforts to qualify fourth and sixth in class as we knew we’d fare much better in race conditions.

“Starting behind the safety car in the first race was a sensible choice as it allowed some of the standing water to clear before we got going properly.

“It was still treacherous out there so it was simply a case of keeping it on the track and getting Jack in as good a position as possible for the remainder of the race, which we achieved with second place and the podium.

“We were aiming for more of the same in race two and I’d been able to get the car up to third place before the safety car came out. As was expected, everyone dived into the pits to make their stops under the safety car which meant it got very busy, very quickly.

“We were simply doing our own thing when we got collected and caught up in the incident behind us which is a real shame as we looked good for another podium.

“However, no one was hurt and that really is the most important thing.”

“It was a disappointing end to her second race, but thank goodness she was unhurt in the pitlane incident and is all set to go again at Oulton Park.”