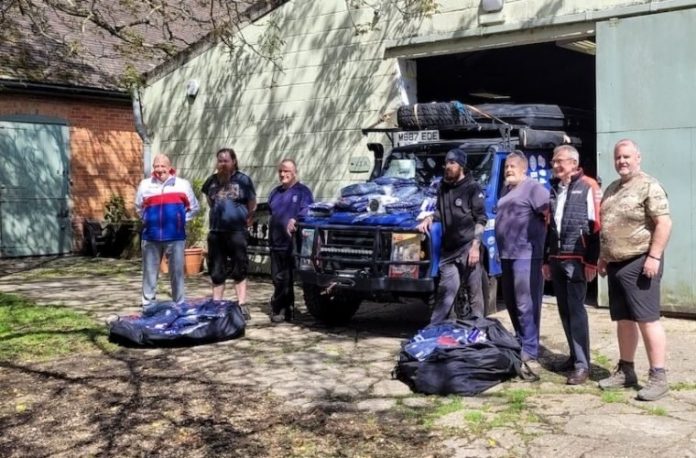 DENSO Aftermarket has begun to support the charity Veterans in Action, which is dedicated to the needs of former members of the armed forces and others suffering from post-traumatic stress disorder (PTSD), with workshop equipment and clothing, alongside its distribution partner, Terrafirma 4×4.

“As well as being the aftermarket division of leading original equipment (OE) component manufacturer DENSO, DENSO Aftermarket is committed to the well-being of the people that the company interacts with and a demonstration of that commitment can be witnessed in its support for Veterans in Action and the assistance it provides the charity as it engages in its important work,” said DENSO Europe, Pan European Strategic Marketing Manager, Fatiha Laauich.

Veterans In Action is a charity that helps those that suffer from PTSD, as well as veterans and their families, who have endured the effects of war or who have found the transition to civilian life difficult, focusing on the emotional and physical well-being of those involved, to help them grow.

The ALIVE Centre is the charity’s HQ and ideally set on a beautiful private estate that provides walks through woodlands and the scenic Hampshire countryside.

This environment helps sufferers to destress, and feel ‘safe’ and relaxed, in the quiet of the surroundings.

It also exemplifies the charity’s moto: “Our past is incredibly important to us, as well as how we look towards the future. Change a negative into a positive, so rather than focusing on the post-traumatic stress, concentrate on post-traumatic growth.”

The charity uses its own unique ALIVE Programme, which takes a non-therapy, long term approach to the sufferers’ mental health, to help them and their families grow at their own pace through participation in the projects run at the ALIVE Centre, off site in the surrounding area or on long distance expeditions.

In addition to these regular projects, which include building, making, using and filming various undertakings, the charity has also responded to the needs of Ukrainians suffering as a result of the Russian invasion of their country.

The charity’s Aid to Ukraine project, which has been organised and filmed by the volunteers taking part, has collected and transported food parcels, medical supplies and urgent personal care provisions from donating organisations across the UK and driven them to Poland where they have been distributed to Polish humanitarian agencies on the Poland/Ukraine border, and given to refugees fleeing the Russian aggression.

The ALIVE Centre (VIA HQ) is close to Salisbury Plain and is the ideal place to use the charity’s off-road vehicles to train and take their families out on off-roading days.

These vehicles are stripped and built onsite and at a local veteran owned garage (through VIA’s Veterans Expeditions Overland project).

The project aims to give participants new life and workshop skills, to be taken into the wider-world and to help with their adaption to civilian life.

Subsequently the vehicles that have been built, have been used to deliver Ukrainian aid to the border with Poland.

“This is where DENSO Aftermarket has been able to step in with distribution partner Terrafirma, to provide the OE replacement parts these vehicles need, as well as with workwear for those in the workshop and DENSO branded merchandise for the participants,” Fatiha continues.

“Although playing only a small part in the overall rehabilitation process, DENSO Aftermarket is nonetheless proud to be associated with this noble charity and pleased to be able to make a contribution toward improving the lives of those suffering from the effects of PTSD.”