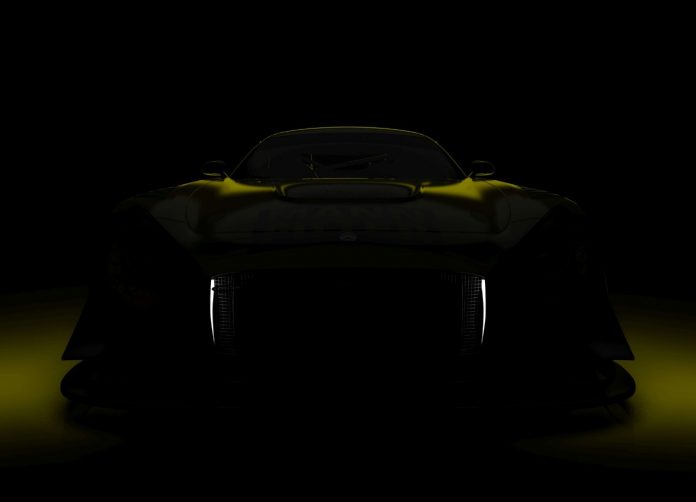 Together with its partner LANDGRAF-HTP/WWR and the experienced Mercedes-AMG factory drivers, Raffaele Marciello and Maximilian Buhk, MANN-FILTER is entering the new season with confidence.

New season, new hopes: This year, premium filter brand MANN-FILTER is once again placing its trust in HTP/WWR, which is partnering with LANDGRAF Motorsport for the 2021 season. They are starting in the ADAC GT Masters under the new name ” MANN-FILTER Team LANDGRAF-HTP/WWR “. The team has high hopes for the two Mercedes-AMG factory drivers, Raffaele Marciello (26, Switzerland) and Maximilian Buhk (28, Germany). The goal is to win the Masters title in 2021. The famous yellow-green Mamba design has already achieved cult status at the ADAC GT Masters and will be gracing the new Mercedes-AMG GT3 Evo this season also. The start signal will be in mid-May, when the call “Drivers, start your engines!” will be heard again. All races this season will be broadcast on German TV channel RTL Nitro.

Marciello and Buhk are celebrating their comeback on the MANN-FILTER team. Both are by no means newcomers to motorsport. Buhk was already part of the MANN-FILTER squad back in 2018 and, together with Indy Dontje, was rated as the fifth best driver duo at the end of the season. He has also teamed up with Marciello for MANN-FILTER to take part in important races such as the eighth round of the VLN season where both celebrated their first victory for MANN-FILTER in 2019. Together with Buhk and Maro Engel (34, Monaco) Marciello showed another strong performance in the 10-hour race at Suzuka. The trio ended up on the podium, finishing second on the MANN-FILTER Mamba.

Seven racing weekends
The MANN-FILTER Team LANDGRAF-HTP/WWR will be racing to win at all seven events of the ADAC GT Masters in the 2021 season. As usual, the kickoff to the season will take place at the Oschersleben Motorsport Arena, directly followed by two races outside of Germany: in Austria and in the Netherlands. After the season highlight on the renowned Nürburgring, the ADAC GT Masters will be hosted on the Dekra-Lausitzring and the Sachsenring. Keeping with tradition, the big finale will take place in Hockenheim.

The MANN-FILTER team has high hopes that the event will be attended by live spectators. The yellow-green supporting fans in the stands were a tremendous motivation over the last four years and made for a very special atmosphere at the racing circuits.

LANDGRAF-HTP/WWR team boss Klaus Landgraf is 100% sure about the new season: “We feel very much at home at the ADAC GT Masters and are looking forward to once again being at the starting line in the super sports car league in 2021. The Masters series has proven that it is one of the most highly contested and first-class GT3 championships in the world. Its ascendancy to the status of an international German GT championship increases the series’ significance even more. As far as the sporting spectacle is concerned, we are once again anticipating the same enormous show of power that has gripped motorsport audiences to the utmost in years past. With Raffaele and Maximilian, we know that we have two of the very fastest GT3 pilots in our ranks – and the Mercedes-AMG GT3 has long since proven its superior qualities as well. We look forward to a successful and trusting collaboration with MANN-FILTER, to a new MANN-FILTER Mamba and we hope that the fans will soon be allowed at the circuits again.”

Two experienced Mercedes-AMG factory pilots, a brand-new Mercedes-AMG GT3, and a consistent team will be the recipe for success in the 2021 season. This promises one thing more than anything else: pure racing action! And MANN-FILTER right in the middle of it.