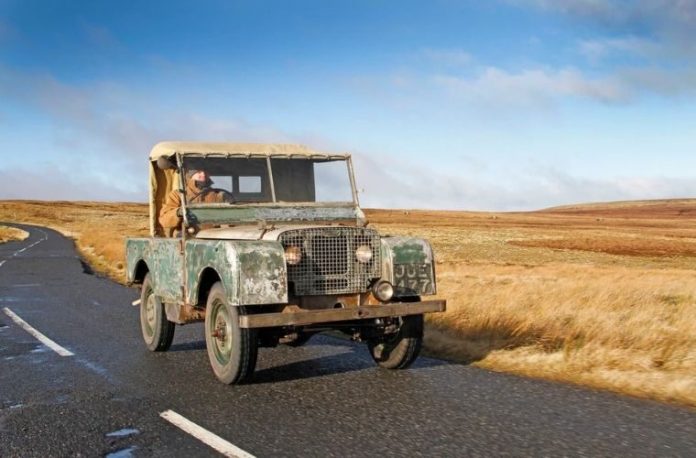 Restoration specialist, Julian Shoolheifer Limited has completed its restoration on the first ever production Land Rover.

The car was originally destined for King George VI but was instead retained by the factory until 1950 when it was assigned the registration JUE 477 and sold to a private buyer.

Decades later it was discovered rotting in a field before its new owner, Sir Jim Ratcliffe, decided that it should be restored while retaining as much authenticity and as many original parts as possible.

The mechanics were remarkably original and serviceable, although the chassis was found to be in poor state.

Speaking to Express.co.uk, Mr Shoolheifer said: “A lot of restorations these days just swap new parts for old but we wanted to save everything we could safely reuse, regardless of the time it took.

“Of course all the service items like brake shoes and bearings were changed and replacement parts were needed in order to repair some items safely.

“But all the major components on the Land Rover are the originals that were on it when it was pushed into the field in 1970.”

To maintain its authenticity, the team decided to not replace the torn bodywork but instead fixed where needed, keeping all of the original paint and patina.

Mr Shoolheifer added: “Starting it for the first time was incredible and it did actually start first time.

“Of course there are always worries and concerns that everything is going [to] be okay, but to hear it fire up for the first time in at least 50 years was incredible.

“For ‘Juey’ to run again, to make noise and warm-up was a real turning point in the restoration.

“We were even able to drive it a few feet across the workshop floor and this really spurred on the team after months of hard work.”

Mr Shoolheifer adds that the project has ensured that JUE 477 is no museum piece.

He confirmed that the car will not only “function properly” but performs exactly as an old Land Rover should.

The history and restoration of ‘JUE 477’ has now been documented in print, with the book available to buy online.