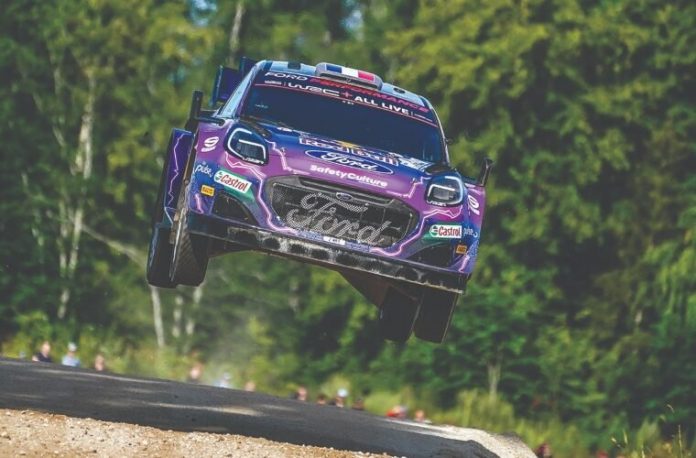 Despite some bad luck, the crews proved the speed of the Puma Rally1 on gravel, claiming two fastest stage times and a further four top-three times.

Estonia’s fast, tricky gravel roads always pose a big challenge, and the changing weather conditions combined with misfortune would get the better of many of the crews.

Frenchman Adrien Fourmaux, after a difficult start to the season, claimed his best finish so far, seventh overall, and combined with a stage win, this would see him top the ranks of the M-Sport crews.

He said: “I would say it was a really strong rally for me, my first one in Estonia with a top-level rally car against drivers with a lot of experience. I can be really happy with the pace we’ve shown to be able to fight for fifth position.

“It has been an interesting rally, it’s nice to build some confidence on this kind of surface, which has been tricky with the rain as well.

“The weather has been crazy throughout the weekend, especially in the last stage where unfortunately we lost sixth position, but I will definitely be taking the positives from this rally.”

“It was good to see Adrien achieve his best position of the season to which I’m sure will give him high hopes for the rest of the season.”