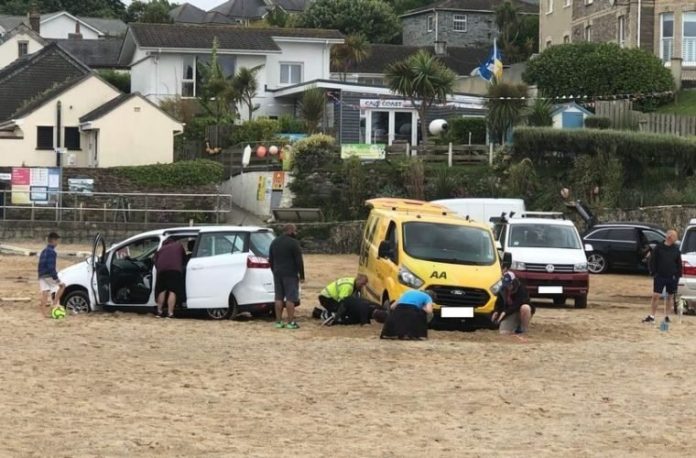 An AA patrol van got stuck while recovering a car trapped on Porth Beach in Newquay, Cornwall, on Sunday.

One witness, Lisa Hammond, said it took the group a “good half an hour to 45 minutes” to free both vehicles.

Ms Hammond added that this was not the first time this had happened and said a sign needed “to be put in place” on the beach.

“It took about eight people to finally push them out of the sand”, she told Cornwall Live.

“They pushed out the AA van first and then the car.

“It’s time for a really big sign to be put in place because I do think a warning is needed as it’s happening frequently.

“It’s the second AA truck that’s got stuck in the past month and the last one needed a tow truck to get it out.”