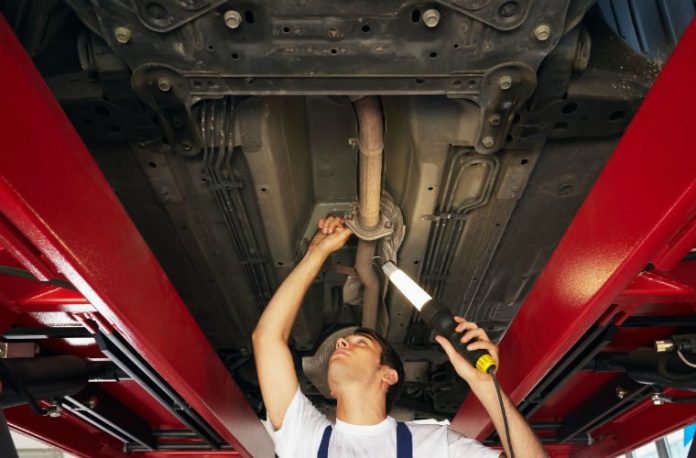 Transport Secretary, Grant Shapps has suggested relaxing the frequency of MOTs to every two years, rather than one.

The suggestion came after Boris Johnson instructed ministers to suggest policies to ease the cost of living crisis.

The Prime Minister used a Cabinet meeting on Tuesday to brainstorm ideas with his ministers, producing a raft of blue sky proposals that will now be considered by a cost of living committee that he will chair.

One source who attended the Cabinet meeting told The Telegraph: “If we moved from an annual check to a check every two years, that is halving the cost of MOT renewal.

“That is a bread and butter policy that shows that the Conservatives are on your side.”

A reduction the frequency of MOT tests has been heavily criticised by motor industry experts.

Stuart James, chief executive at the Independent Garage Association said: “In our opinion this whole plan is dangerous, unwanted and unreasonable.

“This proposal has been scrutinised at least four times that I have known of in the last 15 years, and every time it has been deemed detrimental to road safety.

“It is a fact that in times of economic hardship, motorists cut back on servicing their cars and it is the annual MOT that has kept the UK’s road safety at high levels thanks to the vital safety checks it carries out.

“Saving the cost of an MOT biannually is not worth the price of national road safety.

“This proposal will also fail to save motorists any money long-term as defects will go unnoticed for longer, which at best will cause more damage to vehicles and increase repair costs, and at worst cause unnecessary breakdowns and accidents.”

A spokesman for AA said: “Though well intended, moving the yearly £55 spend on an MOT to every two years could make costs worse for drivers with higher repair bills, make our roads more dangerous and would put jobs in the garage industry at risk.

“Only recently the Government stepped away from switching the MOT to every two years on the grounds of road safety, while AA polling shows overwhelming support from drivers who like the security that an annual health check provides.

“The MOT now highlights major and dangerous defects too, showing how important it is to keep cars in a safe condition.”

RAC head of policy Nicholas Lyes said: “The purpose of an MOT is to ensure vehicles meet a basic level of safety for driving on our roads.

“Shifting it from annually to every two years would see a dramatic increase in the number of unroadworthy vehicles and could make our roads far less safe.”

It comes as Northern Ireland takes “the next steps” on a move to a biennial (every two years) MOT testing.