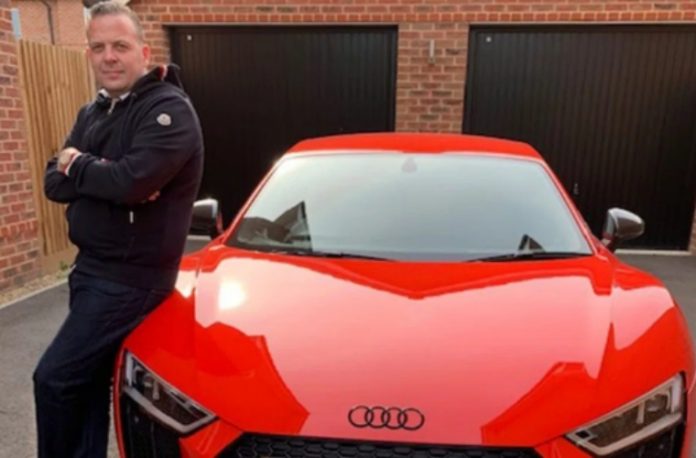 The owner of an Audi R8 who rowed with a dealership about the repairs on his £110,000 car found graffiti mocking his manhood.

Dan Barnett returned his R8 three times to Sytner Audi in Reading, claiming they damaged a bumper and a dashboard.

While carrying out DIY repairs 18 months later, he found a number of rude messages.

Dan has now reported the dealership to police claiming it was criminal damage.

He said: “At first I laughed because it is quite funny.

“But that soon turned to anger that they could do this.

“This isn’t a cheap run around.

“They damaged the car and thought they’d get away with it.”

Dan initially found paintwork on the rear bumper to be damaged and the dashboard and an alloy wheel scratched after purchasing the second-hand car.

He returned the car three times before the bumper was finally sprayed to his satisfaction.

Audi said: “We apologise for any upset.

“An investigation is ongoing.”