Skills shortage to remain “for at least another decade” says Gavin White.

Autotech Recruit’s managing director, Gavin White reveals how the firm has diversified its recruitment services, from short-term contracts, medium-to-long-term fixed placements, and permanent recruitment to meet the needs of the automotive industry.

While working as an aftersales manager at Thomson Motor Group, Gavin became aware of a lack of an agency which provided a “a get-out-of-jail technician” to cover staff sickness, holidays and training commitments.

It was a thought that prompted Gavin to borrow £40,000 from his grandmother and his life-long friend Andrew Sly to borrow £25,000 from his father to create what would become Autotech Recruit in 2010.

The agency today employs 30 people at its Milton Keyenes office, has 500 contractors and boasts a turnoever in the region of £10 million.

Gavin said: “We started out doing permanent recruitment to get cashflow moving before moving into the temporary contractor element of the business.

“Our first big client was Kwik-Fit.

“Over their 600-garage network, they had a high attrition rate.

“They needed MOT testers and there was an abundance because of the economic climate at the time.

“That really got us going, but it’s really just in the past two to three years that we have really expanded with the manufacturer and large retail groups.

“A lot of our growth with retailers can be traced to the back end of 2017, when we started talking to Volvo, Renault and Ford about our manufacturer-led programmes.

“What we do is take the technicians that we know and trust and then put them through the manufacturer training courses.

“We issue them with the manufacturer’s uniform and we have a portal that the BMW network, say, can log into, select dates on the calendar and we then send them a temporary technician who is fully trained and qualified.”

Autotech Recruit works with Ford, BMW, Volkswagen Commercial Vehicles, PSA Group and Renault and has 120 people that have been through the manufacturer programmes.

In 2018, the total number of hours filled by vehicle technicians under the manufacturer-led recruitment programme was 43,917.

Up to the end of May this year, it had already surpassed that, with a further 50,669 hours.

Gavin said: “What we are seeing is the result of a complete lack of investment in apprenticeships over the past two decades.

“We don’t engage with schools and colleges well enough as an industry and I still don’t think many businesses are working hard enough to attract the next generation of technicians.

“We’re just not very good as an industry at introducing new blood.

“In my opinion, ‘skills shortage’ is a term that we will be with us for at least another decade.” 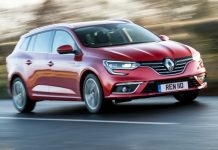 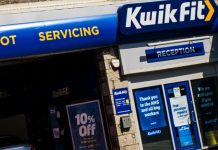