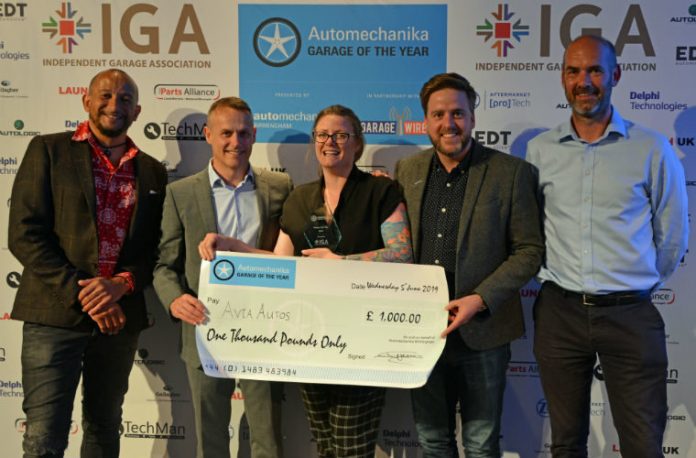 Avia Autos in Bridgend has been named Garage of the Year at this year’s awards ceremony held at the National Motorcylce Museum this week.

Collecting the Garage of the Year award and £1,000 cash prize, Hayley Pells described the moment as a complete shock.

She said: “I was listening to all of the categories, waiting in anticipation and thinking that we might stand a small chance of winning one of these but I certainly didn’t expect to win the overall award.”

Garage of the Year 2019 award winners

This year’s competition featured a total of nine categories.