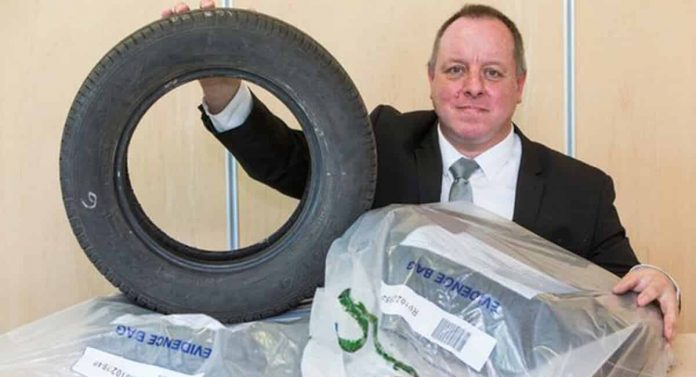 Traders are continuing to sell potentially lethal part worn tyres to motorists, according to a Sunday Mirror investigation.

Official figures put the number of people killed or seriously injured in accident involving illegal or defective tyres to 989 in the past five years.

During the latest investigation trading standards watchdogs posed as motorists to buy used tyres from dealers in County Durham.

An inspector from charity Tyresafe found six of seven samples to have faults, with the only legal tyre being over 18-years-old.

Two were seriously damaged from under-inflation, two had damage to the bead, one had a reinforced rubber section inside the wheel and another contained water and had not been stored properly.

Five had no official part-worn stamp, making them illegal.

The National Tyre Distributors Association has called for a ban on used tyre sales, calling current practices “appalling” and a “ticking time bomb”.

“The majority of used tyres are not properly inspected.

“A tyre is classed as a waste product until it’s been fully checked.”

Do you sell part worn tyres? Are you concerned about the safety risks? Share your comments below.