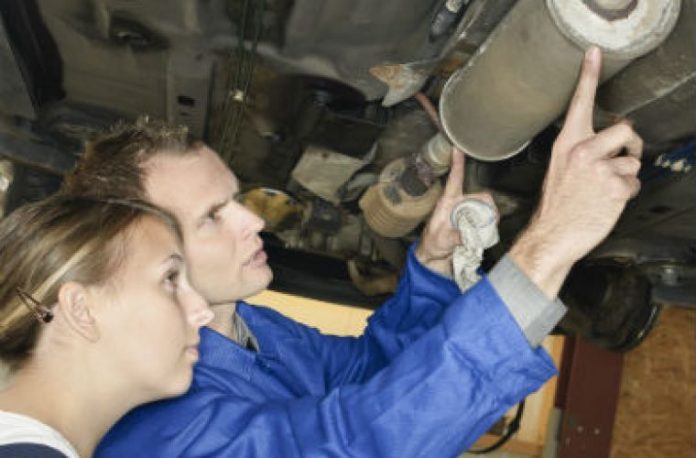 According to an article in the Daily Mail, British police leaders claim that a new crackdown on catalytic converter thefts has already seen cases in the crimewave drop by more than half.

Thefts of emission-reducing devices, which are often sawn off the underbelly of vehicles, peaked in March 2021, with 3,245 incidents registered in the UK.

Thefts, on the other hand, have progressively decreased since then, with 1,378 incidents reported in July.

A well-planned sting operation targeting the gangs responsible for the recent spate of thefts, as well as heightened measures to watermark precious parts, are believed to have put a stop to the crime wave.

Theft of catalytic converters became a national concern early this year due to a rise in the price of precious metals and police across the UK teamed together to tackle the growing practise.

The devices, which are standard on all gasoline cars built after 1993, are designed to decrease dangerous pollutants released by vehicle exhaust pipes.

They accomplish this by transforming the gases produced into water vapour and less toxic emissions through a sequence of chemical processes induced by metals such as palladium, rhodium, and platinum.

In recent years, these materials have increased in value, and criminal gangs have become all too aware of the modest wealth hidden beneath your vehicle.

Thefts have not only caused major issues for motorists facing large repair expenses, but they have also resulted in the write-off of many older automobiles.

Older hybrid vehicles, such as the Toyota Prius, Honda Jazz Hybrid and Lexus RX, feature catalytic converters with larger concentrations of these precious metals and have been prime targets.

If severe damage is caused by thieves sawing the emission devices from the exhaust system, the cost of repairing the problem may be deemed ‘uneconomical’ due to the value of the vehicle, and the vehicle may be written off entirely.

The British Transport Police (BTP) organised a multi-agency operation to address the issue in April.

More than a thousand stolen catalytic converters have been recovered, and more than 50 people have been arrested as part of heightened attempts to apprehend the criminal organisations responsible for the crime wave, which has been particularly prevalent in the capital.

During the course of the operation, over a thousand vehicles were also forensically marked by officers and partner agencies.