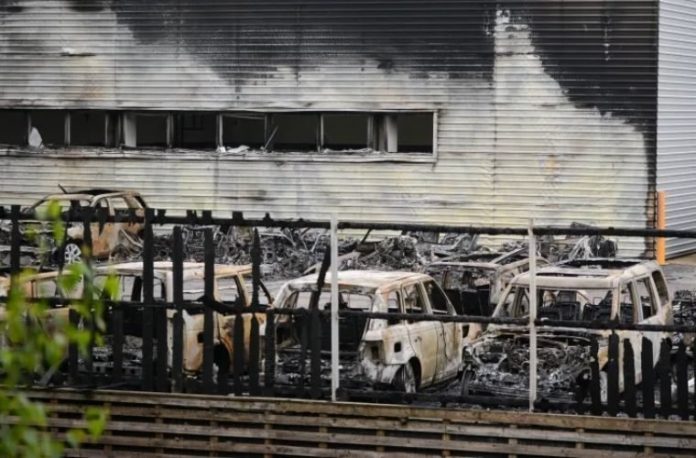 A major fire at a Stockport dealership is being treated as arson.

At its height seven fire engines and a number of support vehicles were in attendance.

Police said they were called to Bailey Road, near the M60, shortly before 12.40am yesterday (Thursday 6 August) when the blase was reported by an officer on patrol.

A joint-investigation with the Greater Manchester Fire and Rescue Service is now underway.

Police believe there were no occupants on the site at the time of the fire, and there have been no reported injuries.

Pictures taken in the aftermath of the fire showed a number of vehicles had been completely destroyed.