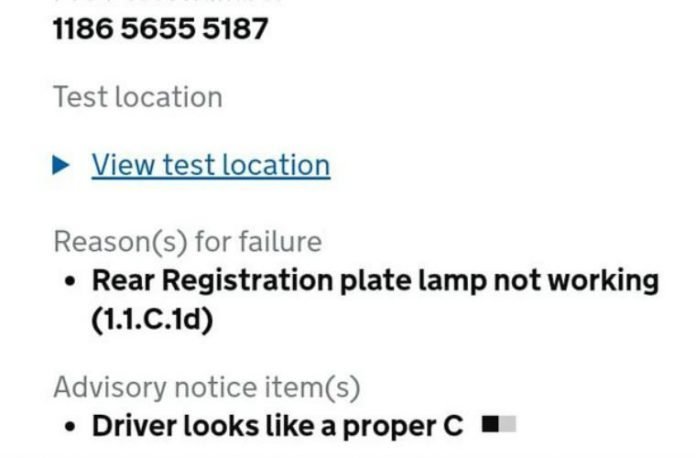 The DVSA has removed an insulting advisory from its MOT history service and has said that it is investigating the matter further.

The Smart car had failed its test in 2015 because the bulb that illuminates the registration plate wasn’t working.

However the tester also entered an advisory underneath, stating: “Driver looks like a proper c*nt.”

The advisory has now been removed.

Neil Barlow, DVSA’s head of vehicle engineering said: “The comment posted on the MOT history service is completely unacceptable and has now been removed.

“We are investigating this further.

“Since 2017, there has been a profanity filter in place to stop MOT testers being able to include these words on a certificate.”