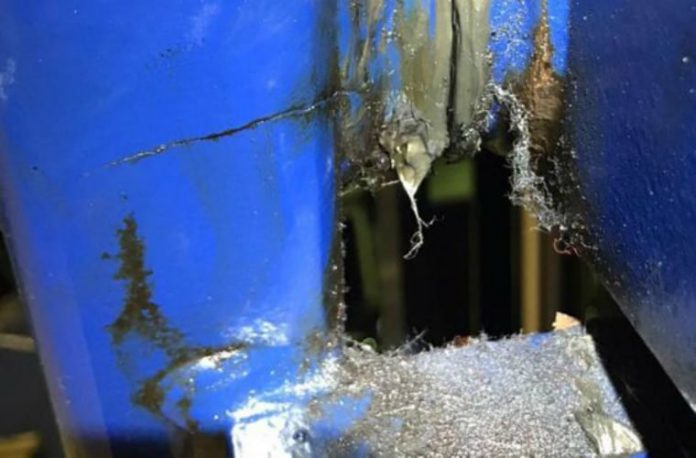 An inspection of all vehicle lifts in Northern Ireland’s MOT centres has detected “signs of cracking” in 48 of the 55 lifts, the BBC has reported.

The inspection results were revealed in an internal letter from the Driver and Vehicle Agency (DVA) to its staff and indicated that signs of cracking on lifts were first discovered during an inspection of Larne MOT centre in November 2019.

The letter adds the safety of staff and customers “is of the utmost importance” and lift repairs have already begun.

The discovery of cracking on two scissor lifts in Larne late last year led to an in-depth inspection of all of Northern Ireland’s MOT centres.

The inspections were carried out by the company which supplied the lifts, which is also responsible for the maintenance and regular examination of the equipment.

The firm reported the inspection results to the DVA on 15 January, which revealed signs of cracking in 48 vehicle lifts, or 87 per cent of all the lifts in operation.

The supplier has designed a “remedial repair” for the affected lifts and this work is already under way.

It added that an insurance inspector will be conducting further checks on the lifts when the repairs have been carried out.

The issue lead to the cancellation of MOTs this week but vehicle owners are being told to attend scheduled tests, unless contacted by the DVA.

However, several motorists who travelled to MOT centres on Thursday, only to be told that their test was cancelled, have questioned why they were not informed in advance.

In a statement on Thursday evening, the Department for Infrastructure said the DVA “is continuing to carry out checks on vehicle lifts in its MOT test centres, following the identification of faults”.

“This is precautionary and to ensure the safety of staff and customers.

“Some checks and repairs have been completed and it is anticipated that remaining inspections will be completed tomorrow [Friday] and any necessary repairs will be carried out as soon as possible.”

“As and when test centres have been inspected and any necessary repairs completed, they will immediately become operational.

“Boucher Road, Cookstown and Newbuildings test centres are now fully operational and all MOT tests are being carried out.”

The department said a number of test centres will open on Sunday to provide additional tests.