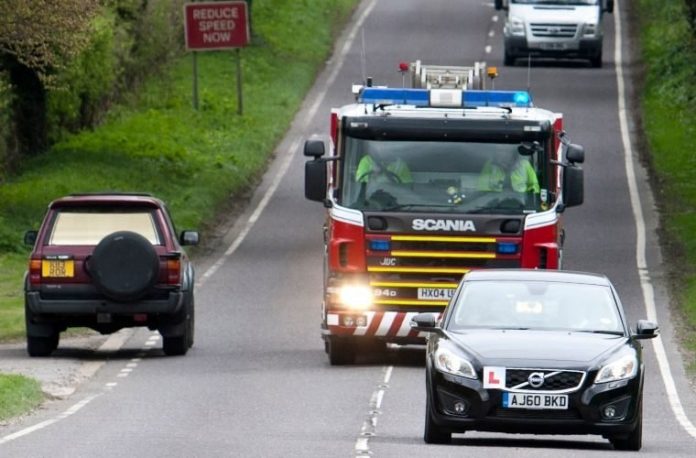 Six fire engines, a brigade response vehicle and a hydraulic aerial platform were sent to the scene

Thirty-five firefighters have been tackling a large blaze at a Birmingham garage this week.

Fire crews were called to the blaze at Auto Cars Ltd at 12.49am on Wednesday, January 5.

Neil Spencer, West Midlands Fire spokesman, said: “At 12.49am in the early hours of Wed 5 Jan we were called to a severe fire in a car repair workshop in Wellington Street, Soho, Birmingham.

“The first of our crews arrived in just over three minutes to find the entire single-storey building was involved in the fire.

“Six fire engines, a Brigade Response Vehicle and a hydraulic aerial platform were sent to the scene, crewed by a total of 35 firefighters.

“The police and ambulance services also attended, together with engineers from gas and electricity companies and a rail representative.

“Smoke was drifting across nearby railway lines during the incident, so train drivers were warned as a precaution.

“By 3am our crews had made good progress and, by 4.30am, the fire was confirmed to be out and our resources were being scaled down.

“This morning, one fire crew remains at the scene to ensure that no hotspots remain.

“Our investigators are working to establish how the fire started.

“Two cats were rescued from the premises by firefighters.

“They are understood to have been taken to a vet by a police officer.”

A fire investigation team is looking into the cause of the blaze.