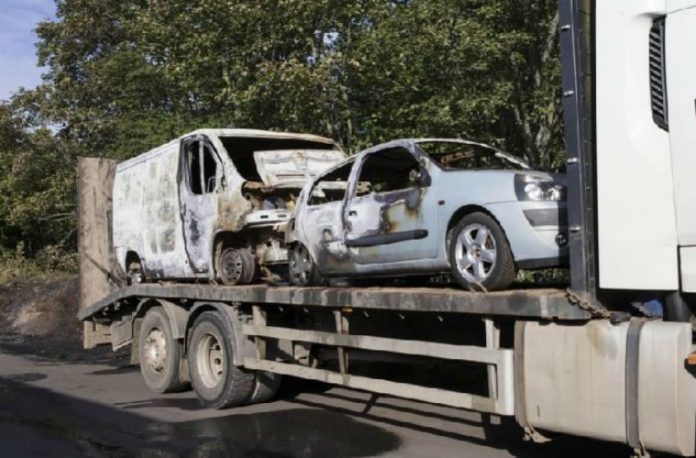 A Roxburghshire garage owner whose workshop was targeted by arson attack has vowed to carry on despite the feared cost to his business and reputation, according to the Southern Reporter.

Rhys Jackson says he was “raging” to find three burnt-out vehicles outside his garage on Tuesday morning.

Flames had engulfed two vans and a Renault Clio car at around 4am.

One of the vans was due to be scrapped, the second was being used for parts, but the car was a gift for his partner, Carley Bennet.

Rhys said: “I’d spent a bit of money on getting the car going right and now it’s completely gone.

“It’s all and well claiming on my insurance, but that just makes it dearer next year.

“And it not just that – it’s the mess that was left for me to clear up.

“How many customers am I going to lose now with not being able to safely leave their cars outside my garage?”

“I took a big gamble when I came in here.If that had been a customer’s car, I would have shut the doors and walked away.

“It would have ruined me.”

A police spokeswoman said: “Police were called to a report of a man causing a disturbance in Edinburgh Road.

“The man was taken to hospital for assessment.