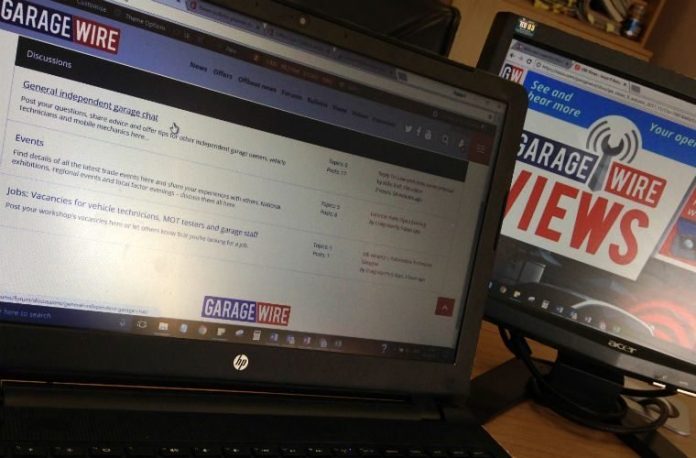 The Garage Wire website saw all-time record levels of traffic during March as garages sought out information in their droves on the rapidly escalating coronavirus controls.

January and February had already seen an upturn in visitors to the site, with 81,000 and 60,000 visits in these months, tracking over 20 per cent ahead of the 2019 monthly average.

Then came March, and visitor numbers spiked to 166,000 as garages scrambled to keep up to date with the key developments.

“We were really busy both on the site and across our social channels too,” said Mike Ruff, Garage Wire editor. “There were really two elements to this.

“The first was conveying the government updates and specific implications for our sector as they happened whilst the second was reporting the individual decisions business owners were then taking in response to this official guidance.”

With such fast-moving changes, the immediacy of digital news became essential.

Unsurprisingly, eight of the top nine most read stories between 1 March and 5 April were related to Covid-19.

The ‘most-read’ was published relatively early in the crisis on 17 March, considering the risks posed by car interiors.

The next most-read and the most-commented was the controversial decision by DVSA to extend MOT’s due after 31 March for six months.

For most garages, the feeling was that six months was simply too long and undermined the government’s original policy decision of allowing garages to remain open to keep cars moving during the crisis.

It was quickly opposed by both the IGA and IAAF trade associations.

The move left many garages fearful for their businesses and prompted lots to take the hard decision to close during the virus lockdown period.

Some practical advice and reaction pieces drawing together the position of different garages also proved popular.

Chief amongst these was “Garage owners left to weigh up pros and cons of staying open” from 27 March – the piece again attracted more than 30 comments.

“Unchartered territory for everyone”

“We’re in unchartered territory for everyone,” said Mike Ruff.

“What we’ve seen to date is our garage readers valuing us as a source of up-to-date information during this crisis more rather than less than in normal business conditions.”

Garage Wire aims to continue to publish email news bulletins every Tuesday and Friday with the support of its supply chain advertisers during the Covid-19 crisis.

“We’d also been working behind the scenes to manage spikes in demand on the hosting server when we send our weekly emails.

“That proved timely as the site stood up well to some heavy usage during March.”