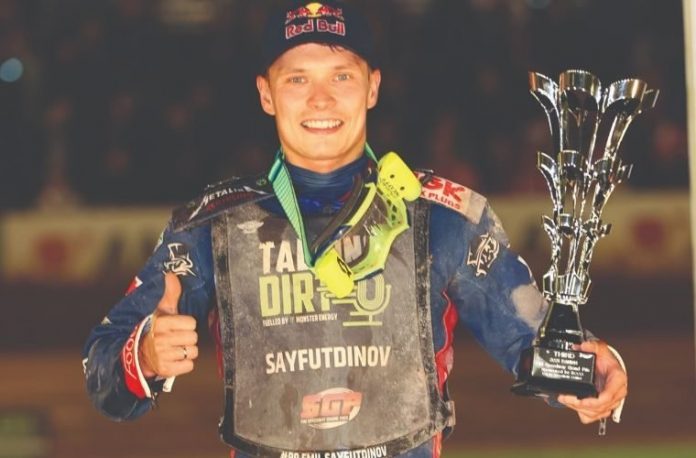 Final Grand Prix of the season to be held at Torun, Poland on October 1-2

NGK-sponsored Swedish star Freddie Lindgren believes he had “a guardian angel by my side” after he escaped serious injury in a dramatic crash during the Danish Speedway Grand Prix.

Lindgren was chasing NGK stablemate Tai Woffinden hard for second place in the semi-final when wild card Mikkel Michelsen lifted as they charged across the start-finish line, clashing with Lindgren who was left suspended over his own handlebars and was a passenger as his bike careered into the first-bend fence, demolishing a large section of air bags.

Despite fears for the health of both riders, they miraculously got to their feet very quickly, allowing everyone at Vojens Speedway Center to breathe a huge sigh of relief.

Lindgren was very grateful to walk away from a frightening incident relatively unscathed.

Posting on Instagram, he wrote: “I got released from hospital late last night after a full check-up – no broken bones, just battered and bruised.

“I feel I had a guardian angel by my side and am grateful I didn’t sustain any serious injury. Thank you all for your messages and your concerns over my health.”

Championship leader Artem Laguta won the SGP, finishing ahead of Bartosz Zmarzlik who he leads by one point in the standings. NGK-sponsored riders were on top form in Denmark with Russian Emil Sayfutdinov coming third and Woffinden fourth while England’s Robert Lambert finished in fifth position, one place ahead of Lindgren.

Sayfutdinov, Lindgren and Woffinden lie in third, fourth and fifth place respectively in the championship standings.

John Money, who handles Speedway sponsorship on behalf of NGK Spark Plugs (UK) Ltd, said: “There were fantastic performances by our riders in Denmark but more importantly I am sure all our customers who are Speedway fans are thankful that Freddie was not seriously injured in such a dramatic accident.”

All the NGK riders’ bikes are fitted with NGK spark plugs and the NGK logo is also featured on the riders’ boards and heat boards at each Grand Prix.