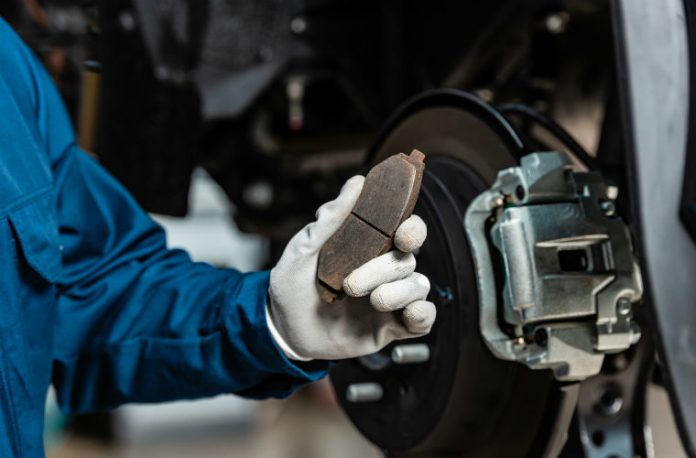 Tail pipe emissions account for seven per cent of traffic pollution with the rest emitted from tyre, clutch, brake and road wear

Tiny metal particles released during braking may damage the immune system, preventing cells called macrophages from engulfing bacteria and clearing them away, according to scientists at King’s College London and Imperial College London.

The experts grew immune cells in a lab, and found that when exposed to brake dust and diesel particulates the immune cells were unable to take up and destroy the Staphylococcus aureus bacteria, which causes infection in the lungs.

Particles released from the abrasion of brake pads account for approximately 20 per cent of total PM2.5 particulate pollution – small enough to be inhaled into the deepest regions of the lungs.

Dust from brake friction is also rich in metals such as iron, copper, arsenic, tin, antimony, vanadium, which can increase chemicals in the body that damage cells.

Dr Ian Mudway, who led the research at the MRC Centre for Environment and Health at King’s College London, said: “At this time the focus on diesel exhaust emissions is completely justified by the scientific literature, but we should not forget, or discount, the importance of other components, such as metals from mechanical abrasion, especially from brakes.

“There is no such thing as a zero-emission vehicle, and as regulations to reduced exhaust emissions kick in, the contribution from these sources are likely to become more significant.”

Previously the National Institute of Clinical Excellence (NICE) suggested that speed bumps should be removed to cut traffic pollution.

She said: “Measures such as average speed checking rather than speed humps or pedestrian bridges rather than crossings would be helpful for this, especially in residential areas and near schools.

“Macrophages protect the lung from microbes and infections and regulate inflammation, but we found that when they’re exposed to brake dust they can no longer take up bacteria.

“Worryingly, this means that brake dust could be contributing to what I call ‘London throat’ – the constant foggy feeling and string of coughs and colds that city dwellers endure – and more serious infections like pneumonia or bronchitis which we already know to be influenced by diesel exhaust exposure.”