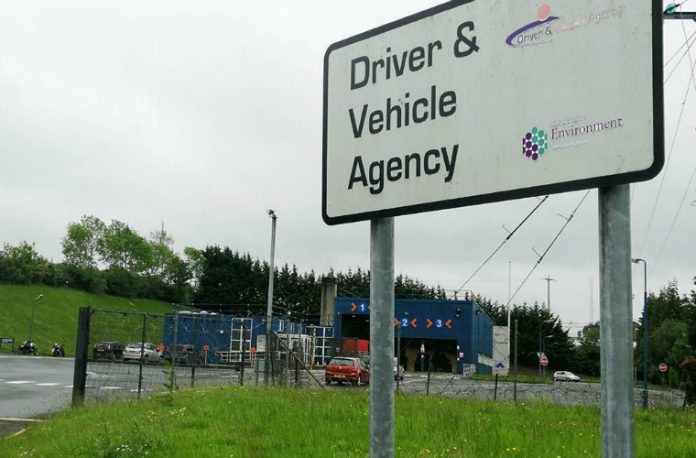 Two independent reviews are currently underway into Northern Ireland’s MOT system after “signs of cracking” were found in 48 of its 55 testing station lifts but it could take months for the situation to be resolved, the Driver and Vehicle Agency DVA has said.

The DVA had asked MAHA Ireland, which supplied the lifts, to carry out repairs, but an insurance inspector was not satisfied with the attempt to fix them.

As a result, testing for cars and light vehicles at all of Northern Ireland’s 15 publicly-owned MOT centres was suspended with immediate effect on Monday 27 January.

MAHA Ireland has declined to answer Garage Wire’s questions but did supply a statement reading: “MAHA Ireland is liaising with relevant stakeholders at present to investigate the condition of all scissor lifts, model DUO+1,  employed at MOT centres.

“On 27 February 2020, DVA suspended use of this lift model as a precautionary measure pending the outcome of inspections.

“The safety of product users is of paramount importance to Maha Ireland and we will continue to make every effort to mitigate potential risks.

“We do not propose to make any further comment pending the outcome of our investigations.”

The DVA has said it could possibly take months to resolve the situation if the defective lifts have to be replaced.

Its chief executive, Paul Duffy, said the agency was looking at a number of options, including repair and replacement.

Giving evidence to the infrastructure committee at Stormont on Wednesday, Infrastructure Minister, Nichola Mallon said work is under way but was unable to speculate on dates for full resumption yet.

She said: “At this moment in time I can’t give the committee a date.

“I have appointed as one of the two independent reviews an engineering expert company.

“They are currently on site assessing.

“They have been tasked with providing to me independent expert advice on business recovery.

“That will include contingency arrangements in the here and now to maximise capacity but also the steps required to get our MOT centres back fully operable as quickly as possible.

“But I am not and I would not speculate or in any way lead the committee to a position where I can’t stand over it, so at this moment in time I cannot give a date as to when we will have the MOT centres fully and safely operable.”

The majority of the affected vehicle lifts were installed in 2011/12 and the supplier of the equipment was responsible for routine inspection and maintenance, according to the DVA.

Owners of cars and light vehicles which are five years old, or more, are currently eligible for a temporary exemption certificate.

Younger cars and taxis are being prioritised for tests which will be carried out in the heavy vehicle lanes in MOT test centres.

Nichola Mallon also revealed that she is seeking legal advice on moving MOT tests for private cars and light vehicles from an annual basis to a biennial basis for vehicles under ten years old.

Newry and Armagh MLA, Cathal Boylan welcomed the announcement saying it would be a move that would bring the north’s MOT testing system into line with that of the Republic of Ireland.

The Sinn Fein representative said: “This would greatly alleviate a lot of the backlog pressures that MOT centres currently face, by allowing for a more efficient testing system in the north.

“It could also help everyday drivers who would have to spend less on MOT tests every year.

“However, any change should not decrease road safety standards and I remind drivers to service their vehicles routinely.”