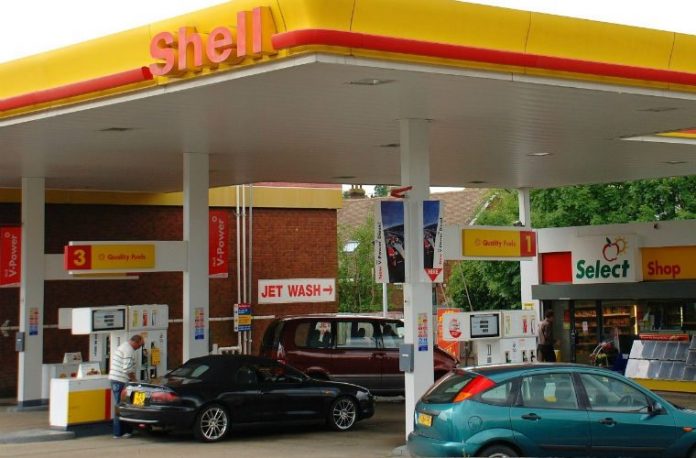 The dramatic hike has been driven primarily by the oil price doubling from around $40 a barrel a year ago to $85 now – but some analysts predict it could hit $90 by the end of the year.

While the jump in the price of oil is main reason for the new record pump price it is not the only factor.

September’s switch to greener E10 petrol has also played a part, as has the margin retailers are taking on every litre sold which is now greater than it was prior to the start of the pandemic.

On 1 September the bio content of unleaded increased from five per cent ethanol to ten per cent, and as ethanol is more expensive than petrol, it added around a penny a litre to the cost on the forecourt.

The bio element of a litre now accounts for 8.5p of the cost prior to VAT in comparison to the pure petrol cost which equates to around 41p.

This could easily rise still further as the price of ethanol has gone up by 52 per cent since E10 was introduced.

Duty at 57.95p a litre still exceeds the combined bio and petrol components which amount to around 50p.

VAT currently equates to nearly 24p, but this is applied on top of all other elements of the petrol price including duty and retailer margin.

Since April 2020 retailers have increased their average margin on a litre by 2p from around 5.5p to 7.5p a litre.

With volumes sold at the pumps plummeting during the first UK lockdown and remaining lower subsequently retailers, particularly the smaller independent ones, are trying to balance the books.

RAC fuel spokesman Simon Williams said: “This is truly a dark day for drivers, and one which we hoped we wouldn’t see again after the high prices of April 2012.

“This will hurt many household budgets and no doubt have knock-on implications for the wider economy.

“The big question now is: where will it stop and what price will petrol hit? If oil gets to $100 a barrel, we could very easily see the average price climb to 150p a litre.

“We urge the Government to help ease the burden at the pumps by temporarily reducing VAT and for the biggest retailers to bring the amount they make on every litre of petrol back down to the level it was prior to the pandemic.”

While the price of petrol at the pumps may be the same now as in 2012, there are several major differences in their make-up.

The exchange rate, which is important as fuel – like oil – is traded in dollars, is 13 per cent lower today at $1.38 than it was in 2012 at $1.58 which means fuel is more expensive to buy on the wholesale market.

Fortunately, duty remains the same at 57.95p a litre and VAT is also still charged at 20 per cent on the final transaction at the forecourt.

Simon Williams added: “We’re lucky the oil price isn’t as high as 2012 as we’d be paying even more at the pumps if it was, as the exchange rate is 13% lower which means wholesale fuel costs more for retailers to buy in.

“On the other side of the coin, unleaded now includes 5% more bio content and ethanol is far more expensive than petrol.

“But, even taking that into account, the petrol element of the price is still around 5p a litre cheaper than it was nine and a half years ago which points to the increased retailer margin now being taken.”