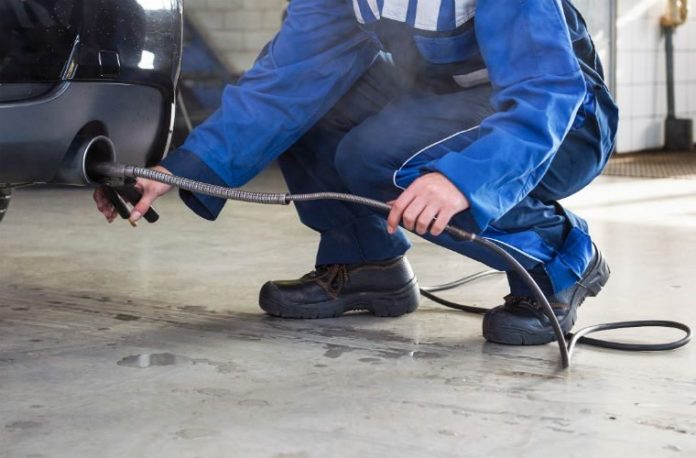 The six-month MOT exemption for cars, vans and motorcycles will end on 1 August, the Department for Transport (DfT) announced this week (29 June).

All drivers whose car, motorcycle or van is due for an MOT test from 1 August will be required to get a test certificate to continue driving their vehicle.

Drivers with an MOT due date before 1 August will still receive a six-month exemption from testing.

Testing capacity has already reached 70 per cent of normal levels and is steadily increasing, according to the DfT.

The DVSA has issued guidance to all MOT testers about safely conducting tests in line with the latest government advice.

Roads Minister Baroness Vere said: “As people return to our roads, it is vital that motorists are able to keep their vehicles safe.

“That’s why as restrictions are eased, from 1 August MOT testing will again become mandatory.”

Why’s it taken so long to be lifted?

Drivers were granted a six-month exemption from MOT testing in March to help slow the spread of COVID-19.

The news came as a shock to the industry and many independent garages reported a spike cancellations as drivers became aware of the exemption.

Despite garages being recognised as an ‘essential service’ during the UK’s lockdown, the six-month MOT exemption forced temporary closure of many workshops.

Chris Price, head of MOT policy at the DVSA, said: “MOT testing was suspended during the COVID-19 pandemic as a temporary measure to enable vital services to continue, frontline workers to get to work, and people to get essential food and medicine.

“In line with the government’s easing of the lockdown measures, the 6-month MOT exemption for cars, vans and motorcycles will end on 1 August.

“Most MOT garages are open, and we encourage drivers to book a test now to ensure their vehicle is roadworthy.

“Our priority is to help people keep their vehicle safe to drive and having an up to date MOT is key to this.”

Why not end it in July?

The Independent Garage Association (IGA) has broadly welcomed today’s announcement but warns that “at least one million unroadworthy cars” will be added to the 1.6 million dangerous vehicles that have already had their MOT extended.

Stuart James, chief executive at the IGA said: “With road traffic increasing, people being encouraged to use their cars rather than public transport, and further lockdown measures easing on 4 July, we believe this additional month will leave a number of motorists with an accumulation of faults and repair costs when they are least able to afford them.

“Even though this scheme has only been in place for four months, it has detrimented the roadworthiness of many cars, taken away the bread and butter of the independent garage sector and left a great number of consumers confused.”

More than five million fewer MOTs were carried out during the coronavirus COVID-19 lockdown period, a Freedom of Information request to the DVSA last week revealed.

What about vehicles that have already been given an extension?

Garage Wire understands that extended MOT expiry dates will continue to be honoured for vehicles which have already been granted a six-month extension.

Cars, motorcycles and vans with an MOT expiry date before 1 August 2020 are still eligible for a six-month extension.

What about testing for lorries, buses and trailers?

Testing for heavy vehicles is to restart from 4 July 2020 following a three-month testing suspension.

Heavy vehicles due to be tested in June and July will still get a three-month exemption.

In August, vehicles that have already received an exemption will need to be tested but other vehicles due for a test in August will get a three-month exemption.