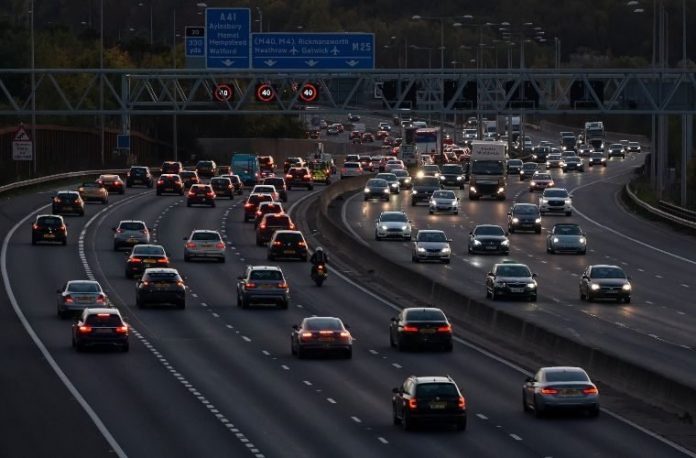 The AA is predicting pre-pandemic levels of traffic over the Christmas period with 17.8 million cars expected to travel on 23 December and Christmas Eve, causing lengthy jams at traffic hotspots.

A survey of more than 15,000 drivers found that more than two fifths (44 per cent) have already made plans to drive this Christmas, with a further 17 per cent yet to make a decision.

Of those that are driving, almost a third plan to do so for work on Thursday 16 December (31 per cent) and Friday 17 December (28 per cent), after which business based travel drops until the New Year.

More than a quarter (27 per cent) say they are driving to do their Christmas shopping on Saturday 18 December.

As the last Saturday before Christmas, many High Streets, retail outlets and shopping centres will be hopeful of a festive selling spree before the big day.

Delays to journey times on some stretches of motorway including the M25, the M5 between Bristol and Weston-Super-Mare and the M6 around Birmingham.

In addition stretches of the M1 ‘smart’ motorway from Luton northwards can often suffer congestion from incidents or breakdowns, as can the M62 and M60 in the North West.

Both the M4 and the M27 are also set to suffer from significant delays.

Edmund King, AA president, said: “It’s a bumper-to-bumper Christmas this year as people want to make up for lost time.

“Providing there are no formal restrictions in travel or socialising, millions are ready to spend time with their friends and family.

“While the 23 December and Christmas Eve look set to be the busiest travelling days, the change in working practices with increased home working, means we could see a spread of traffic across these days rather than a chaotic evening rush.

“Many breakdowns are preventable, so checking your vehicle before you set off is very important.

“Tyres, fuel, EV range and oil levels, coolant and screenwash checks should be made as a minimum.”