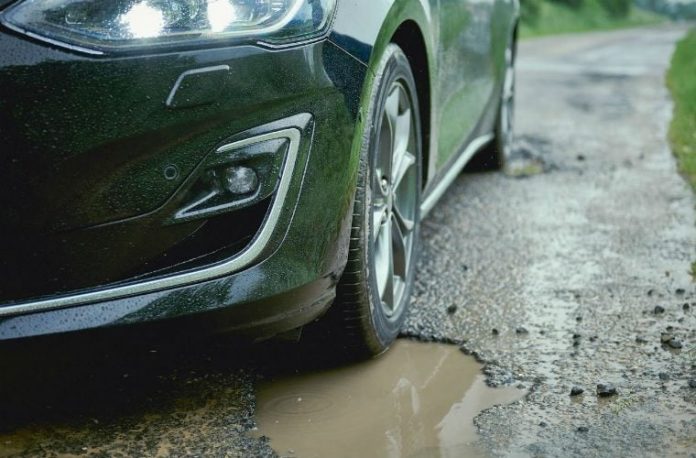 Drivers around 1.5 times more likely to suffer a pothole-related breakdown than they were in 2006, data suggests

Data released by the Department for Transport shows that a third of all local B and C roads in England are in desperate need of maintenance and repair, analysis by the AA shows.

Derbyshire Council has the worst B and C roads, with a quarter (24 per cent) in need of repair.

A fifth of B and C roads in Southend-on-Sea (18 per cent) should be considered for repair, with Shropshire and Derby tied for third place with 13 per cent.

Unclassified roads make up three fifths of roads maintained by councils but are the most overlooked.

AA analysis has found that 15 per cent of unclassified roads are considered “Red” category, the worst ranking available.

The data comes with the Prime Minister and Chancellor due to announce their fiscal statement later this month, but with rumours swirling about public spending cuts.

RAC head of roads policy Nicholas Lyes said: “The fact there has been no discernible improvement in the state of our roads in the last two years despite having milder-than-average winters does not bode well if temperatures plunge in the next few months.

“Our research shows that the majority of drivers believe local road conditions have worsened in the last 12 months and our Pothole Index suggests drivers are around 1.5 times more likely to suffer a pothole-related breakdown than they were in 2006.”

Jack Cousens, head of roads policy for the AA, said: “Roads across the country are in an awful state and with winter just around the corner the plague of potholes will only spread.

“Local roads are at great risk of becoming dangerous and need significant invest to make them safe. Smooth roads also encourage people to cycle more which would help reach our Net Zero targets.

“Our local roads cannot take another round of cuts.