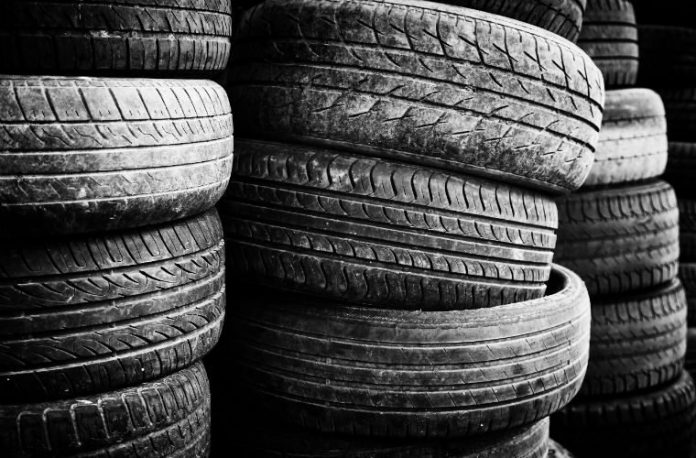 The majority of tyre retailers investigated by Tyresafe have been found to be selling tyres illegally.

Of the 250 retailers investigated in the past five years, 93 per cent failed to comply with regulations.

What’s more, 63 per cent of the 400 tyres inspected were considered unsafe to be used on the UK’s road network.

TyreSafe investigators say they had seen tyres being repaired with bubblegum and hand gloves before selling them back to prospective buyers.

One tyre sold to a motorist even had a socket embedded in the tread with another having an 8mm nail sticking through a side wall.

Speaking to Express.co.uk, he said: “Where part worn tyres are sold it is the sellers obligation to inspect them.

“These tyres do not go through any kind of government checks, it is up to the retailer, the person whose business it is to sell tyres, to check the tyre.

“By law they must put a stamp saying partly worn on it, anecdotally do you remember having seen any tyre any time anywhere with a part worn sticker on it, no.”

More than 1,200 road casualties are caused by an incident where an illegal or defective tyre is a contributory factor.

Tyres which do not meet the minimum tread depth limit can see motorists fined up to £2,500 per tyre.

Motorists could also be considered for a dangerous driving charge if their tyres are considered to be in a poor condition.

But despite the risks, there are fears that tyre retailers may be unaware of the dangers when selling their tyres.

TyreSafe say they want to see the capability of those fitting the tyres increase so retailers “know what they are doing”.

Mr Simms revealed some retailers had even stopped selling part worn tyres after learning how dangerous they could be.

He said: “Over the course of the years we have seen a lot for retailers who genuinely were surprised at how dangerous some of the tyres were they were selling.

“And they said, ‘do you know what, I didn’t realise tyres were such a complicated product, I’m not going to bother selling part worns anymore, it’s just too much of a risk’.

“They were not aware of how important their role is in checking those tyres before they get fitted to a customers car.”