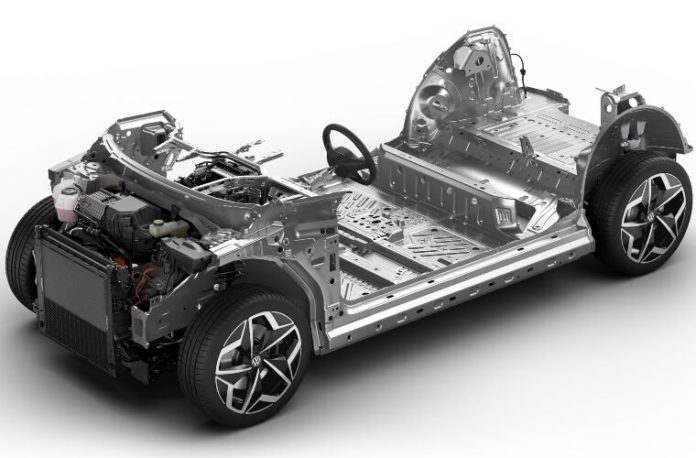 Since 2012, it has been the common basis for a variety of models.

More than 32 million vehicles were produced on this platform throughout the Group.

The modular matrix has also been transferred to the electric world, with today’s ID. models based on the modular electric drive matrix (MEB).

The next generation will use the scalable systems platform (SSP) as the Group’s electric technology matrix.

It enables the vehicle to be completely connected to its ecosystem and thereby lays the foundations for fully automated driving (Level 4).

Ralf Brandstätter, chief executive officer of Volkswagen Passenger Cars said: “The MQB not only serves as the technology matrix for our combustion-engine models with a transverse engine, it is also the backbone of our economic efficiency and resilience, as MQB-based vehicles make a significant contribution to financing future topics of the brand’s accelerate strategy, which include electric mobility, digitalisation, new business models and autonomous driving.”

The MQB platform developed by Volkswagen made its debut with the Golf VII.

The first production vehicle came off the assembly line in Wolfsburg in October 2012.

The first-ever MQB model in the Volkswagen Group was the third-generation Audi A3 – launched on the market a few months before the Golf.

The modular assembly matrix permitted standardisation of production processes in all areas, resulting in more flexibility and reduced development costs – not just for the Volkswagen brand, but for the entire Volkswagen Group. The motto: new diversity through intelligent creation of synergies.

The MQB also means significant economies of scale, thanks to the carry-over part concept and the large quantities.

They allow Volkswagen to introduce innovative technologies to the market in the volume segment and thus further democratise progress. Sophisticated features, such as driver assist systems, can be offered in all vehicle classes and can therefore be made accessible to a wide range of customers.

Ralf Brandstätter added: “We will continue to enhance our MQB models over the coming years.

“The next generation will take another step forward in terms of innovation.

“The new Passat, Tiguan and Tayron will set new standards in terms of quality, value, functions and digital experience – the perfect MQB.”

The installation position of the engines is also standardised in the modular transverse matrix.

They are tilted to the rear by 12 degrees, with the intake side at the front and the exhaust side at the back.

For this reason, in the TSI engines of the EA 211 series – which debuted alongside the MQB, the development engineers rotated the cylinder heads by 180 degrees compared with the previous EA 111 engine.

The petrol (TSI), diesel (TDI) and natural gas (CNG) engine versions were planned into the design concept from the start, as were mild hybrid and plug-in hybrid drives.

The new petrol engines and the equally new diesel engines (EA 288) were provided with standard interfaces for power transmission.

This allowed them to be combined with the same gearboxes and same drive shafts on the front axle.

As a result, the number of engine and gearbox variants was almost halved.

And in the case of the heater and air conditioning units – a large component in the vehicle front end – the number of different versions even fell from 102 to 28.

Based on experiences with the MQB, Volkswagen has developed the modular electric drive matrix (MEB) for the all-electric models of the ID. product line.

Like the MQB, the MEB provides a clearly defined and yet versatile matrix for the high-volume Group brands.

The fundamental technology layout of the MEB is based on the principle of accommodating the electric drive components in minimum space.

The high-voltage battery is located between the axles, while the passenger compartment offers a generous amount of room.

The MEB also covers a large model bandwidth for the global markets – from the city car through to the spacious ID. Buzz2.

Brandstätter added: “With the MEB, we have made electric mobility suitable for the masses worldwide, and will offer a model in every vehicle segment by 2025.

“With the SSP, the next generation of an all-electric, fully digital and highly scalable mechatronics platform will be introduced.

“This platform will continue the success story from 2026 onwards, and will set new standards – in terms of range, charging speed and connected driving experience.”

The MEB also provides the basis for the next revolutionary modular toolkit for electric vehicles, which will also include sporty and luxurious cars.

In 2026, Volkswagen is planning to present its first model on this ultra-scalable platform, with the Trinity project.

Trinity is designed to be a guiding star for the brand in all future technological categories – from range, charging times and digitalisation, through to automated driving. 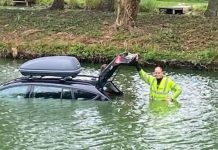 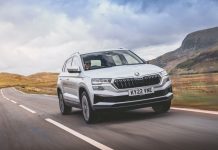 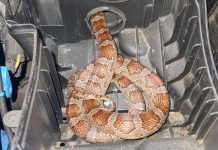