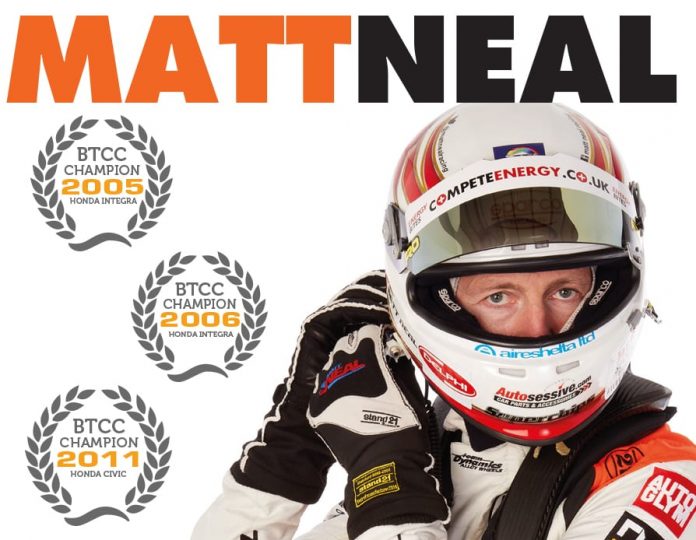 Q Any new names to look out for this season?
A There are a fair few new names. There’s been a big ‘musical chairs’ session over the winter with existing names going to new cars and new teams and also new guys coming in, some champions of Ginettas and Clios, etc so they know how to win. The only problem they’re going to encounter is the whole grid is full of alpha males in British Touring Cars, so it’s going to be interesting to see how they pan out. But with the nature of the regulations we’re going to see new guys at the front. We’ve just got to try and make sure it’s one of our cars, and preferably me, who’s up front the most at the end of the season!

Q What are you looking forward to most about the upcoming BTCC season?
A People ask if I still have the motivation. I’m probably not as excited as I was when I started my career in British Touring Cars, but I still look forward to it just as much and I’m looking forward to driving the cars and being on the limit again and seeing where the competition is going to come from. To drive one of these things fast, you’re not just driving it fast; you’re trying to make the car dance. You’re on the edge and so that takes something very special and you have to look inwardly a lot and work very closely with your engineer and the guys in the team, but also your team mate. I’ve got a great relationship with ‘Flash’, my team mate. Although maybe not that great because he’s beaten me for the last couple of years but I’m aiming on reversing that this season!

Q Have you been keeping busy during the off season?
A In the off season they say we have a nice rest, but that couldn’t be further from the truth. I was flat out with just a few days off at Christmas to relax. We’ve been working hard with development on the car and there’s been a lot of motorsport shows. I’ve been to Indianapolis, Cologne and then an auto sports show at the NEC to kick off the season in January.

We were also testing in the third week of February and doing a little circuit in Spain right near Barcelona, which is one of McLaren’s favourites for testing their GT cars.

Q Do you have a dream car?
A Obviously in the Honda family it’s got to be a Type R which I use in the races. And Honda recently loaned me an NSX for a few weeks which was lovely! I was a little bit timid in it at first, but I soon lost those nerves and opened it up. It’s very special, you don’t even have to drive fast in it, you can just park at the garage and people want to take pictures of you which can be a good or a bad thing!

Q How do you prepare for a race?
A I try to stay relaxed, and I’m annoyingly superstitious – I even annoy myself! I have to eat the right things at the right times, get dressed the right way, in the right things, but it works for me. Flash, my team mate, wasn’t superstitious when he arrived but I’ve worked on him for the last eight years and he’s now got lucky boots, lucky tops and lucky pants!

Q Where do you think your biggest challenge will come from this season?
A Obviously Flash – he’s been champ in the last two years. I thought I’d got him pegged last year and got the edge on him, but my luck ran out with two rounds to go and then again at the last race. But it was great for the team and for him to bring the trophy home for us again! Flash is a bit of a class act these days – he’s ultrafast over one lap so I really have to lay it on the line to try and stay with him let alone get in front of him!
As for the rest of the grid, it seems to be the rear wheel drives at the moment who are the most threatening; Subaru and BMW. BMW should have won it last year but we nicked it off them right at the death, so I think BMW should be the danger ones, especially with Colin Turkington there, plus they’ve got Andy Jordan. It will be a real tough act for us to beat, and obviously Subaru. They started slowly last year with a few problems and now they’re going to hit the ground running, so it’s going to be really tough.