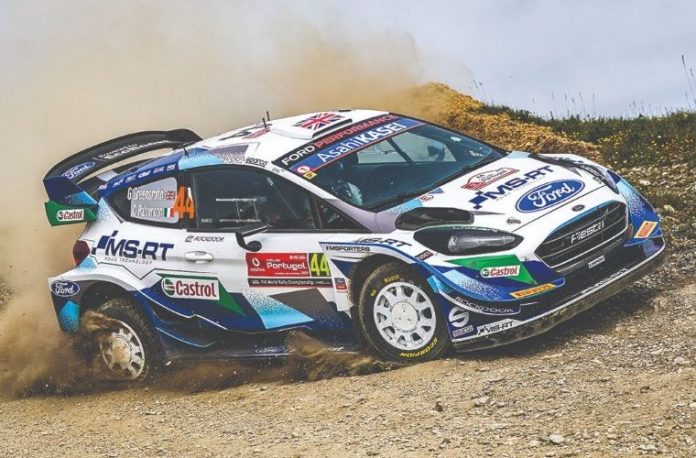 M-Sport Ford World Rally Team – whose cars are fitted with NGK spark plugs and NTK Lambda sensors – heads to Rally Italia Sardegna next week (June 3-6) on a high after landing its best result so far in this season’s FIA World Rally Championship in Portugal last weekend.

Gus Greensmith took his EcoBoost-powered Ford Fiesta WRC to fifth place at the Rally de Portugal courtesy of eight top-five stage times, while team-mate Adrien Fourmaux completed his event debut and his first start on gravel in a World Rally Car in sixth place with the Frenchman going second quickest twice on the final day.

Team Principal Richard Millener said: “Rally de Portugal once again underlined the potential of our young drivers and we are excitedly waiting to see even more progression from them in Sardinia, where we have achieved strong results in the past.

“It’s by no means an easy rally with tyre and car preservation two important factors our drivers must consider. But they all have experience of the Sardinian roads and are more than aware of the challenges they will face.

“We are pleased to give Teemu another opportunity to demonstrate his pace in a World Rally Car. He drove excellently on the opening day in Sardinia last year and there’s no reason why he can’t deliver a similar performance next week.”

Mark Hallam, Marketing Manager, NGK Spark Plugs (UK) Ltd, said: “I’m sure the M-Sport Ford team is in confident mood after such a great performance in Portugal and will be looking to emulate that success in Sardinia.”