Home Latest Garage News MG5 EV owners told not to use roof rack over fears it... 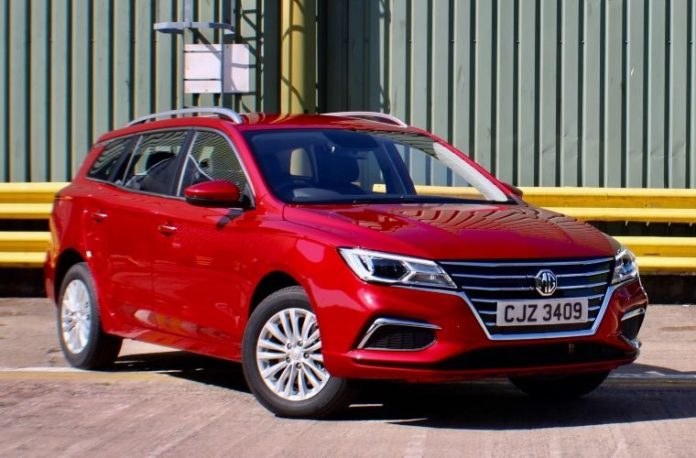 Owners of the new MG5 EV have been left baffled after marketing brochure which claimed its roof could hold up to 50kg of weight was found to conflict with the owners manual which describes the rack as “a non-load-bearing roof rack”.

Which? has called on the car firm to “urgently clarify” whether the roof rails fitted to MG5 EVs from factory can be used.

The manual reads: “The roof luggage rack is a non-load-bearing roof rack, which is used as a decoration.

“Do not place any load on the roof luggage rack, otherwise it may result in an accident or damage to the vehicle.”

Which? member Les Burrows placed an order for the new MG5 EV at the start of November but he was “taken aback” just a few days after placing the order when he found out the rack may be for decoration only.

Natalie Hitchens, head of home products and services at Which? said: “MG must urgently clarify if the roof rails on its cars can be used.

“If the roof rails are purely decorative and can’t bear any load, we’d expect MG to immediately inform customers, recall this model and remove the rails.”

In a statement issued to Express.co.uk, MG said it was still unsure whether the roof racks could carry weight.

The statement said: “As a vehicle importer we take the safety of our cars and our customers very seriously.

“With MG5 EV, we initially believed that the car was approved to carry weight on its roof, but we have since become aware of some missing engineering data meaning that we are – at present – unable to confirm this, so have taken the safest possible action of advising our customers not to carry a load on the roof until we can confirm otherwise.

“We have already carried out testing with mass being carried on the car’s roof rails and have seen satisfactory results but are awaiting the final confirmation from durability testing that is still ongoing.

“It is our belief and we hope to be able to confirm very shortly that there is no concern with carrying weight on the car’s roof.

“But until we have satisfactorily validated this we do not wish to confirm it.”

MG confirmed owners of the affected model will be given access to a new model as a goodwill gesture.

They said: “In the meantime, while this approval process concludes, we are happy to allow MG5 EV customers use of our ZS EV electric model free of charge and as a gesture of goodwill if they need to carry a roof load on their vehicle and they should contact their supplying dealer to arrange this.