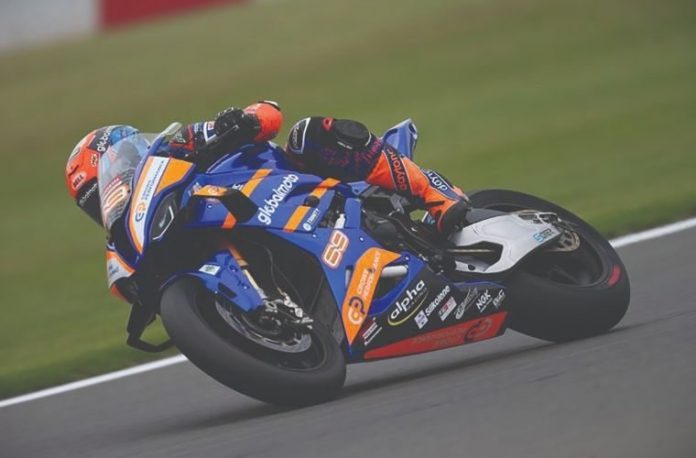 “He outperformed some of the biggest names in the sport,” marketing manager says

Motorcycle ace Chrissy Rouse – who is sponsored by NGK – is celebrating his first top ten finish in the 2022 Bennett’s British Superbike Championship at the latest round at Donington Park.

Rouse and the Crowe Performance BMW team made their BSB debuts this year but suffered bad luck in the opening round with an engine problem and a crash beyond his control, which he still hadn’t totally recovered from when the series moved to Oulton Park earlier this month.

However, he found a good pace at Donington Park finishing fourteenth in the opening race to pick up his first points of the year and then finished twelfth in the second race before storming to tenth in the final race of the weekend.

Commenting on the British Super Bike website, Rouse said: “It was my first time getting through to Q2 which was a good milestone and to get our first points in race one and then to better it in race two and then get our first top 10 in race three ticked off a lot of things.

“It was great to be in the mix with some fantastic riders and getting to learn from them and it really felt like we got the season underway.

“After an engine blow in the first race of the season and then getting knocked off and out in the second and therefore missing the third race and still not being fully right at Oulton, it feels like this has been our first round.

“We run on a very small budget in comparison to a lot of the other teams, so when we have a weekend like this, it really does make it all worthwhile.”

Mark Hallam, marketing manager for NGK Spark Plugs (UK) Ltd which has been a long-term supporter of Chrissy, said: “It was a tremendous achievement by Chrissy in the leading UK motorcycle racing series.

“He outperformed some of the biggest names in the sport which bodes well for the rest of the season.”