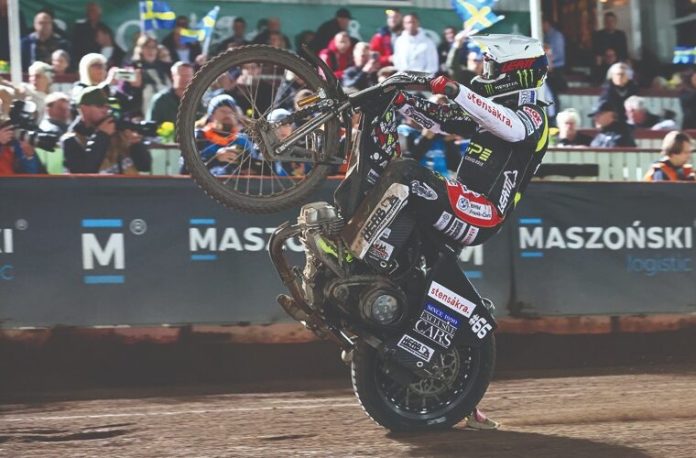 NGK-sponsored riders are still battling for a place on the rostrum in the 2022 FIM Speedway World Championship going into the final Grand Prix of the season.

England’s Robert Lambert and Dan Bewley are in fourth and fifth place respectively with Sweden’s just one place behind in sixth with three-time World Champion Britain’s Tai Woffinden back in eighth place.

Poland’s Bartosz Zmarzlik secured the world title for a third time after winning the Kaeser FIM Speedway GP of Sweden in Malilla, finishing ahead of Lindgren in second place, Poland’s Maciej Janowski in third and Woffinden in fourth spot.

Lindgren has endured a torrid battle with the ongoing effects of long COVID over the past two seasons which has left him racing on with breathing difficulties at times.

He said: “I’m over the moon. I have struggled a lot over the last couple of weeks in the GP series.

“I haven’t performed very well and my league form has been a bit down as well.

“I have been struggling with a lot of health issues off the track and it was very emotional for me tonight because I have been so down for some period of time now.

“To be able to come here in front of my home fans and sponsors and perform like I did today, getting back to myself and the way I know I can ride is a nice feeling.”

Robert Lambert continued his recent good form and made the semi-final stage in Sweden but it was a disappointing meeting for Dan Bewley who only finished fifteenth on the night.

John Money, of NGK Spark Plugs (UK) Ltd, said: “The stage is set for a fantastic last Grand Prix of the season in Torun, Poland with our star riders fighting for a well-deserved place on the podium.

“I’m sure NGK customers who are Speedway fans will be watching the meeting avidly on Eurosport on October 1.”