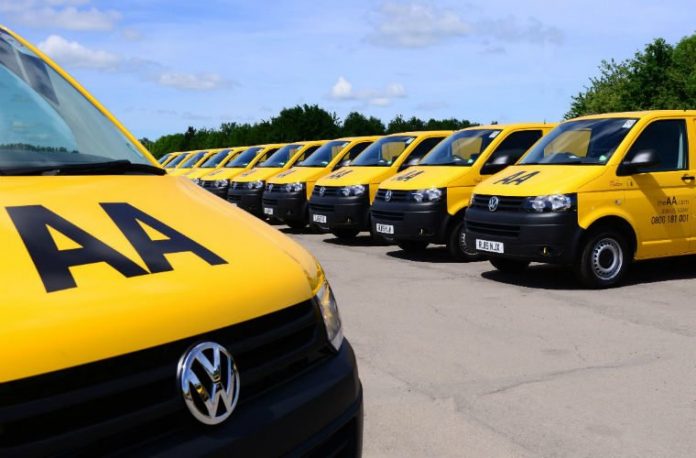 The AA has launched an investigation after a vehicle that one of its employees was repairing rolled away and knocked down its owner.

Robert Crichton called for assistance when his battery died before moving his car to the side of the road, parking it on a kerb so the wheel was wedged and wouldn’t move while awaiting for a patrol to arrive because the electronic handbrake was failing to function without power.

The AA patrolman arrived and to replace the battery but, according to Robert, leaned on the car, causing it to begin rolling.

Robert chased his Volkswagen Passat but became trapped against a tree before being thrown up on to the roof of the car.

Speaking to the Daily Record, he said: “We were told to stand away from the car – me and my wife.

“The car was in his charge.

“I was still standing with my wife and he leaned on the car to take the battery out – his weight must have given the wheel momentum to move.

“There were hundreds of kids about. I ran after the car to try and get into it but I ended up sandwiched between the driver’s door and a tree.

“Then I was thrown knocked off my feet and over the top of the roof.

“My wife said I was out cold for around three or four minutes.”

After Robert gained consciousness he told the AA employee not to phone an ambulance.

The technician then replaced the car battery and said it should get the couple home, Robert claims.

The next day, a trip to A&E revealed a broken rib and Robert was given morphine to administer at home.

His damaged car, which he believes is now unsafe to drive, is awaiting the outcome of an AA investigation.

An independent quote from Lothian Car Care has estimated it will be £3,635.73 to repair the vehicle.

Robert added: “It’s now two weeks later they still haven’t sorted my car. I’m disabled, I need my car. I have hospital appointments, doctors appointments and clinics to get to.

“I’ve been in a bit of pain since. The AA has not been helpful at all.”

A spokesperson for the AA said: “We are aware of the case and are liaising with the member directly regarding his claim.

“As this is an ongoing investigation we are unable to comment further.”