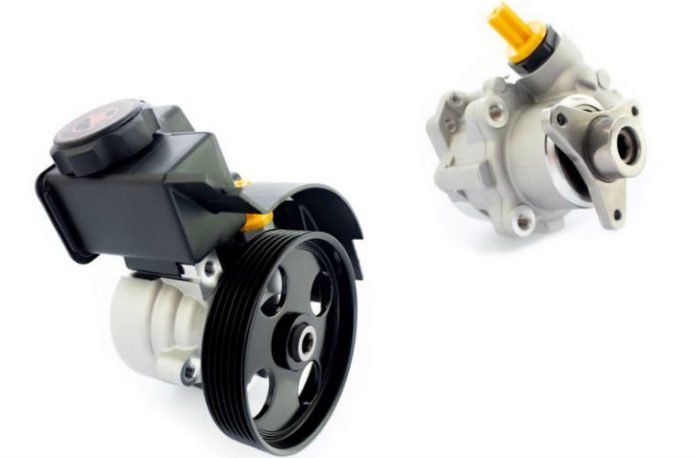 Power steering was first invented in 1876 and the hydraulic systems we know today were developed further by Frederick W. Lanchester in 1902, the star of our previous article on TVDs.

It took until 1926 for power steering to be fitted to a working motor vehicle, built and done so by Francis Davis.

However – power steering didn’t catch on at the time and only did so after the advent of heavy, heavily armoured military vehicles requiring it in the 30’s and 40’s.

It wasn’t then until the 1950’s where Chrysler produced power steering systems for their Imperial range – a commercial automotive first, basically using the same tech as from the 1920’s.

Two years later, all manufacturers were offering it.

Fast forward to today and it’s all but forgotten about, until it goes wrong.

By far the most common method employed to assist steering is a hydraulic based pump system.

Hydraulic power steering pumps, typically powered by drive belts, deliver pressure to the rack to give its assistive steering power.

In recent years, electro-hydraulic systems have started to appear where an electric motor is used to drive the pump, and finally purely electric motor driven gear systems are used in some cases.

It’s the former two that BGA specialise in, where fluid is involved.

In the cases of the hydraulic pumps – vanes or gerotors are used to apply positive pressure, combined with pressure control systems to ensure pumping pressure remains the same despite engine speed.

When the steering wheel is turned, the pump’s pressure is used to push a piston in the hydraulic steering rack in the desired direction, controlled by valves.

Additional control systems exist to offer adaptive pressure depending on the driving situation and wheel speed.

The most common cause of power steering pump failure is contamination of fluid.

It can occur where ageing hoses lead to moisture ingress and degradation of internal components.

The fluid gets old and the contaminates exacerbate wear, leading to failure.

Low fluid levels reduce the amount of pressure the pump can develop, meaning it has to work harder and thus wears out faster.

Belt alignment or damage can result from an incorrectly fitted or functioning belt.

In these cases, the belt can pull on the pulley causing uneven wear to the bearings in the pump, eventually leading to leaks, poor operation and failure.

A worn out pump, either by age, use, heat or contamination, is another common cause of failiure.

As the pump ages the pump will become louder and weaker indicating it’s time to change it.

Where possible and/or required by market demand we re-engineer the OE parts to remove any issues with the design.

The specialist then manufactures the pumps from scratch so its customers receive brand new product which it says is far superior to re-manufactured products.

As a result, the pumps are free from the inconsistencies, contaminations, micro-fractures and shortened life that is unavoidable with re-manufactured products.

A BG Automotive spokesperson said: “Every pump is manufactured using the latest in OE technology in our state-of-the-art, environmentally controlled facility.

“During manufacture, each component is individually measured and tested for conformity and quality assurance.

“This includes hardness and surface testing as well as dimensional and functional checks of all the individual components.

“During assembly, every single pump is rigorously tested and is tested throughout the manufacturing process, before being subjected to multiple levels of quality control prior to release to sale.

“Finally, the icing on the cake is that no surcharge system exists meaning no core exchange is required.

“This means the whole supply chain is free from having cash being tied up waiting and no core acceptance issues to worry about.” 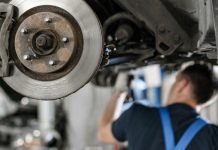