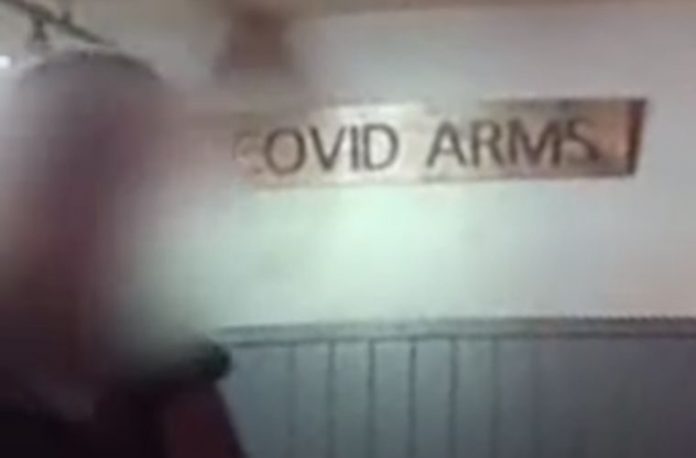 Police raided a garage business this week which was turned into makeshift pub, complete with “The Covid Arms” signage.

Officers found 13 people in the workshop but allowed them to leave using their discretion.

Body-cam footage shared by West Midlands Police shows the moment the illegal gathering was brought to an abrupt end just after 7.30pm on Saturday night.

Tables and chairs had been set up next to the workshop, while a TV had been mounted on a nearby Land Rover.

A video released by West Midlands Police shows officers raiding a nightclub packed with around 150 people near Birmingham’s Jewellery Quarter later on the same night – footage towards the end of the video shows the garage raid.

He said: “Our officers continue to work long and hard to protect the public and reduce the spread of this deadly virus by breaking up these gatherings, often in really difficult circumstances.

“It’s unacceptable that our officers came under attack, and that one suffered a minor injury, just for doing their job and enforcing laws that are in place to keep us all safe.”