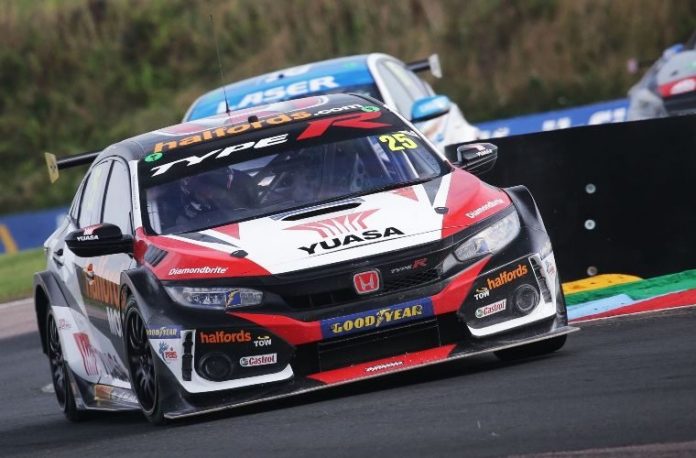 GS Yuasa has announced that they will finish their long-term sponsorship of Team Dynamics and Honda in the British Touring Car Championship.

Last year the manufacturer, which produces Yuasa branded batteries, celebrated its 10 year anniversary as a partner of the team – one of the longest standing in motorsport.

Yuasa stepped up to a title sponsor of Honda Yuasa Racing in 2012.

In 2016 the team become Halfords Yuasa Racing with a livery switch to the now familiar black and orange.

During their 10 years (11 seasons) in the sport, Yuasa has enjoyed phenomenal success with the team and their drivers Matt Neal, Gordon Shedden and Dan Cammish.

With Yuasa’s backing Matt and Gordon both became three-time BTCC champions, and Dan narrowly missed out on his first BTCC title at nail biting season finale in 2019.

In fact, since the relationship began in 2010 Yuasa and Team Dynamics have shared a phenomenal 78 race wins, 232 podiums, 4 drivers’ championships, 5 teams and 5 manufacturers titles.

James Hylton, Managing Director of GS Yuasa Battery Sales UK Ltd, said: “We want to thank the team, drivers and everyone involved with Team Dynamics in the BTCC for an unforgettable and truly amazing 10 years.

“During our time with them, we really did become part of the racing family sharing the emotional highs and lows that top class motorsport brings.

“As our partnership reaches its conclusion, we are honoured to have shared in so many successes and achievements.

“Including being part of Matt’s 30th year celebrations, cheering as him and Flash both cemented their place in history by winning three drivers’ championships each.

“And fighting back tears as Dan just missed out on his first title with brake failure on the penultimate lap of the last race in 2019.

“It has been one hell of a ride, and we wish Team Dynamics, Honda and the drivers every success in the future.”

2021 will see the continuation of Yuasa’s high profile motorsport sponsorship.