MOT inspection rules changed on 20 May 2018, giving additional guidance for the testing of suspension components, including coil springs.

A Lesjofors spokesperson said: “Despite some improvements, the regulations are still too vague and should be updated with specific examples of reasons for rejecting a coil spring.”

Currently, a coil spring should only be rejected if the spring is insecurely attached to the chassis or axle, or has loose fixings to the extent that relative movement is visible

Other reasons for rejection include a spring fracture, missing spring and unsafe spring modification.

The spokesperson added: “These guidelines give MOT testers a lot of leeway to pass a spring which may in fact be dangerous, as words like ‘insecurely’ and ‘seriously’ are not defined and thus must be interpreted by the tester.

“The new guidelines finally include ‘unsafe modification’ of a coil spring as a potential reason for rejection/failure, but still allow welded repairs in certain circumstances, despite the fact that introducing heat to a coil spring can pose a significant safety risk.

“Every automotive coil spring requires heat-treatment during the production process.

“This involves hardening, tempering and stress-relieving, followed by pre-setting to further improve fatigue performance and reduce the risk of breakage.

“Once the heat-treatment process is complete, introducing extreme temperatures via welding will alter the internal structure of the spring, while the electrode rod used to complete the weld will not be of spring-steel quality, significantly increasing the risk of breakage.

“Even errant weld spatter from neighbouring repairs can create stress risers in the spring, leading to premature failure.”

Lesjofors claims that the document also states that “welded repairs to highly-stressed components aren’t normally acceptable, other than where the component is made up of sections that are welded together. To pass, the repair should appear to be as strong as the original design.”

The Lesjofors spokesperson added: “This ambiguous guideline appears to allow welded springs to be passed without testing the actual strength of the spring, as long as it looks as strong as the original.

“As the ‘appearance’ of strength does not necessarily indicate a strong spring, this is potentially dangerous.”

The guidelines for corrosion of highly-stressed components state that a spring should be rejected if corrosion has resulted in a “serious reduction” of the overall thickness of the material or has caused a hole or split.

Lesjofors argue that the phrasing means it’s open to interpretation by the inspector.

Concluding their concerns, the spokesperson said: “Overall, the new guidelines are an improvement on the old, but are still too vague and give inspectors latitude to pass springs which may be dangerous.

“The guidelines should be updated with clear examples of what is and is not acceptable, and any vague language should be clearly defined, with examples, or removed.

“This would result in much clearer guidance for inspectors, reducing the possibility of unsafe coil springs being passed and allowed back on the road.” 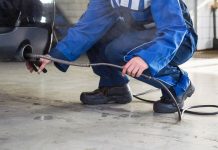 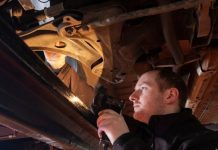 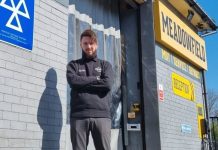