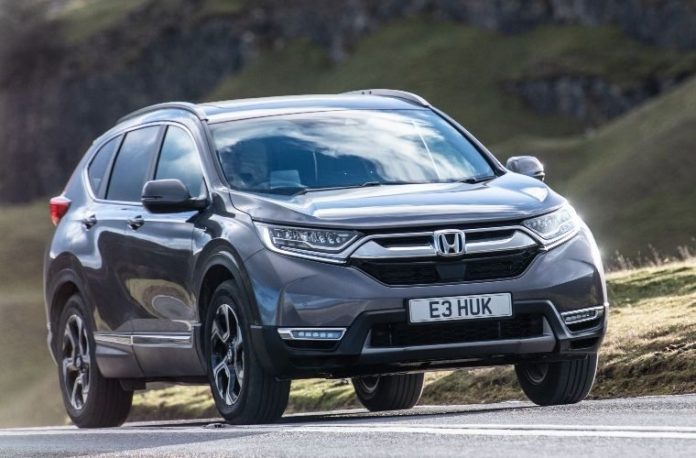 Honda is to recall around 78,000 CR-V models in the UK after a possible fire risk was established.

A gap between the car’s window switch prompted fear that liquid could cause a short circuit.

Honda warns that it would even “catch fire” in extreme circumstances.

In a statement, a Honda spokesperson said: “In 2012 Butyl tape was applied to the power window master switch (PWMS) as part of a market safety recall to prevent liquid exposure to the inside of the PWMS.

“However a gap could exist between the applied Butyl tape and PWMS case, liquid could then accumulate in that gap and over time this could lead to liquid entering into the PWMS.

“Once liquid enters into the PWMS a short circuit could occur, after that there is a possibility that migration advances and heat is generated causing the PWMS to melt and expand.

“This could then lead to the PWMS and adjacent parts to overheat, smoke and in worst case catch fire.

“The owners of all affected vehicles are to be notified by letter and asked to take their vehicle to an authorised Honda dealer or repairer.

“The technician will replace the PWMS with a counter measured part free of charge.”

As of this November, Honda said it was aware of 23 reported fires linked to the issue and 87 reports of “thermal events” which may be related to the problem.